While high-speed internet via fiber-based broadband connectivity has advanced considerably in towns and cities across Germany, rural areas still lag behind. But new competitors are trying to narrow the gap. 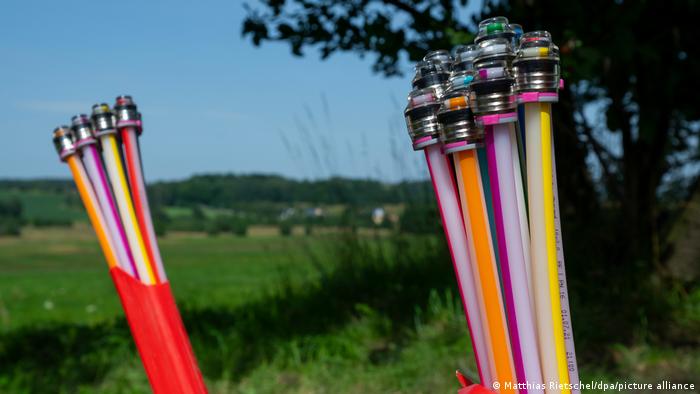 It doesn't happen very often that the twin town of Petershagen-Eggersdorf, located to the east of Berlin, gets to host executives from international corporations. It was somewhat surprising, then, that this week's visit by Liberty Global's director of connectivity investments, Robert Dunn, attracted so little media attention.

The company is starting out in only a handful rural communities to get a better idea of the demand on the ground. While visiting Petershagen-Eggersdorf, Liberty's Robert Dunn told DW he believed in the eventual profitability of the Germany project, saying "the company wants to grow for 15 or 20 years — that's a long time horizon we're looking at here."

Dunn said small towns with dynamic growth such as Petershagen-Eggersdorf would see the need for more bandwidth exploding in the years ahead, even if many locals might not yet appreciate its benefits.

"As we've seen over the past 20 years, the need for speed continues to grow and grow, and we will build future-proof fiber networks that will meet our customers' requirements for many years to come," Dunn said.

"The amount of connected devices will create a greater need for bandwidth as the infrastructure in families' homes changes," Dunn elaborated. "People have started talking about augmented reality and things like that — every year I've been in this game, the demand for bandwidth has gone up 30% to 40%."

Dunn's company has signed a cooperation agreement with the mayor to bring fiber connectivity to over 7,000 homes in the twin village, provided the firm secures a pre-market quote of at least 35%. Liberty says the community itself doesn't have to contribute any financial resources. 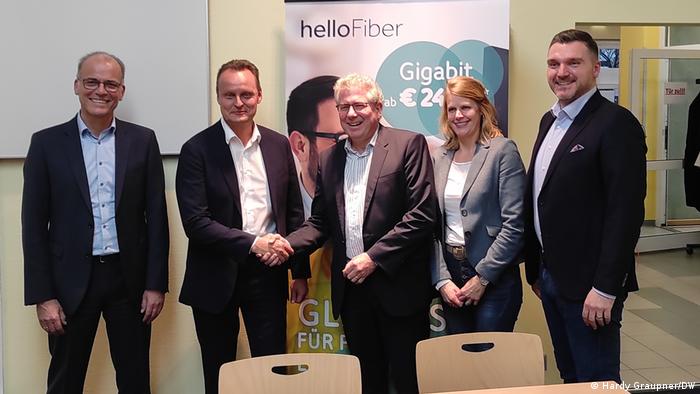 Liberty's plan dovetails with the European Commission's policy framework and its Digital Compass 2030 strategy. Among other things, it sets goals related to broadband coverage and encourages the full digitalization of Europe by 2030. The strategy includes providing all EU households with a Gigabit network, preferably fiber-based connectivity.

According the industry association FTTH Council Europe, some 45% of European households (EU27 plus UK) were covered by FTTH/B networks by the end of 2020. FTTH/B stands for fiber to the home or building, meaning that the fiber optic cable path is terminated on or inside the given premise for the purpose of carrying communication services to a single or multiple subscribers.

A closer look at the figures reveals, though, that only 22% of people in rural areas were able to enjoy the same full-fiber connectivity last year. The picture was even worse in Germany (see infographic). 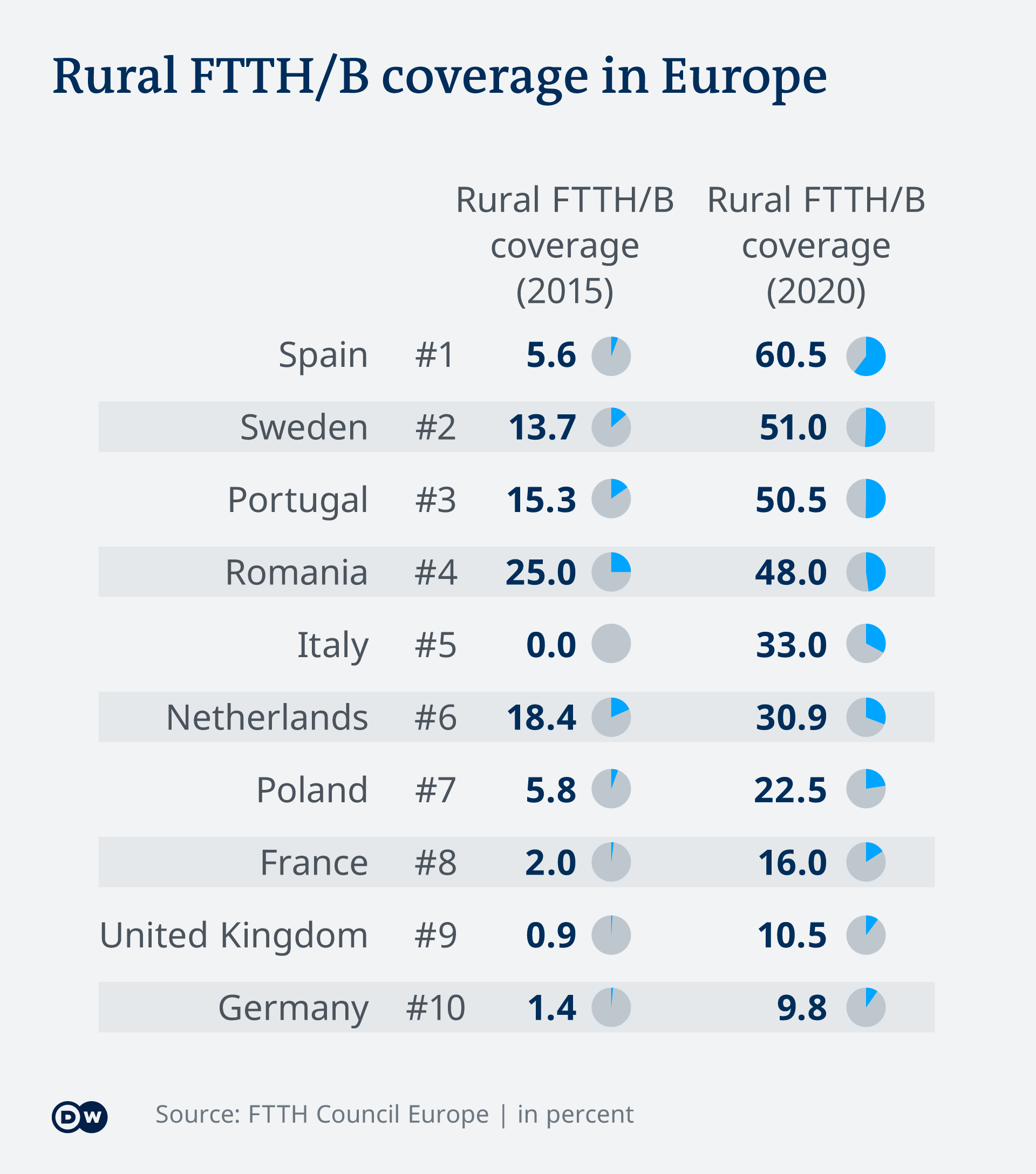 FTTH Council Europe figures indicate that at least 6 million homes were hooked up to high-speed fiber networks across Germany by the end of last year. But this only means that the technical infrastructure is in place — it doesn't mean that there are as many subscribers. In point of fact, the so-called take rate in Germany is put at roughly 33%, meaning there were only little over 2 million active fiber connectivity subscribers in the country last year.

Nonetheless, the industry association has a rosy outlook in store for Germany. It predicts that there will be 25 million active fiber network users across the country by 2026, with 34 million homes connected by the same year.

Deutsche Telekom alone is aiming to connect a total of 10 million homes by 2024, with a special focus on underserved rural areas.

Meanwhile, in Petershagen-Eggersdorf, mayor Marco Rutter has his fingers crossed that Liberty's project will actually get off the ground. This will mean winning over enough locals, and soon. Rutter is convinced that faster internet connectivity is good news for local enterprises and public institutions such as schools. But above all, he argues, it's good news for private households.

"I think private households are in the focus of this undertaking," Rutter told DW. "You can provide a school or so with fast internet through special initiatives if need be, but what's the use if the students don't have the same connectivity at home while engaged in remote learning? The same goes for adults working from home, which many of us had to do during the pandemic and will continue to do beyond it."

Why internet connections are so slow in Germany