Row between VW and suppliers intensifies | Business | Economy and finance news from a German perspective | DW | 19.08.2016

Row between VW and suppliers intensifies

A legal battle between Europe's largest carmaker and two suppliers keeps disrupting production at some of Volkswagen's facilities. Only an August 31 regional court ruling seems capable of defusing the situation. 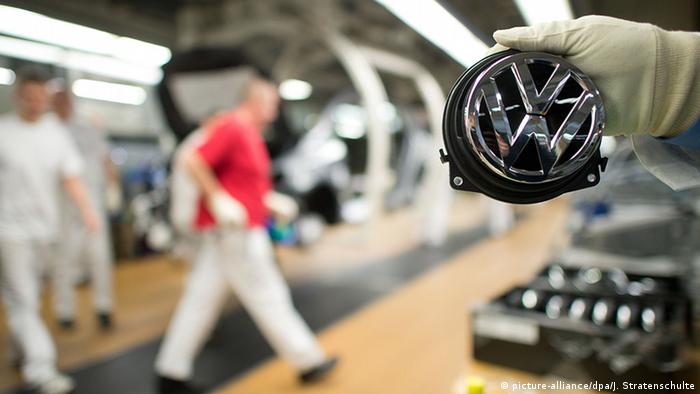 The two suppliers causing the current disruption at VW plants said Friday they were not to be blamed for the current stand-off with the Wolfsburg-based carmaker.

"We are not responsible for the crisis at VW and the resulting cuts in shifts," Alexander Gerstung from ES Automobilguss said in a statement obtained by the DPA news agency Friday. ES supplies cast gearbox components, while the second supplier involved in the current dispute, Car Trim, delivers seat covers for various VW models.

The two medium-sized companies had halted supplies to the automaker, claiming VW had canceled their contracts without giving a reason, and without offering compensation.

Both sides have a point

"VW is forcing us into this action to protect our own workers and to ensure the continued existence of our company," Gerstung emphasized.

Volkswagen workers have been put on shorter hours as the missing parts are so vital to the production process.

The legal battle could limit production at VW for a significant length of time, with the costs of the dispute amounting to over 100 million euros ($113 million) potentially, according to auto industry expert Ferdinand Dudenhöffer.

He said "it should never be the case that a global company has a medium-sized firm as its sole supplier of a given spare part."