Rohingya: Why Bangladesh is in a diplomatic fix over Saudi repatriation | Asia| An in-depth look at news from across the continent | DW | 15.01.2021

Riyadh has urged Bangladesh to take back some 54,000 Rohingya that are currently in Saudi Arabia. But agreeing to this would complicate Bangladesh's Rohingya repatriation talks with Myanmar. 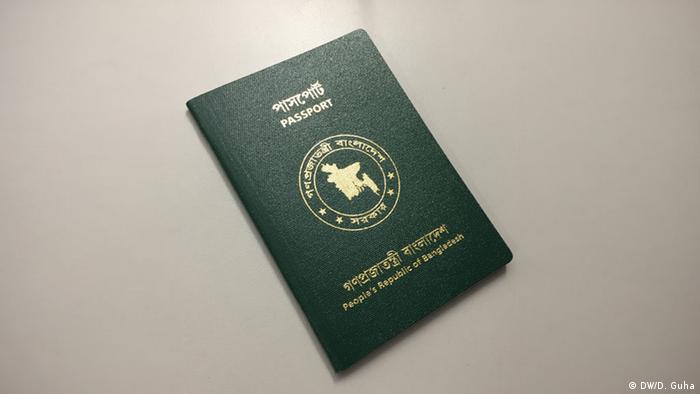 In a recent interview with DW, Bangladeshi Foreign Minister A K Abdul Momen said that authorities in Dhaka could provide legal documents to some of the Rohingya that live in Saudi Arabia.

The Muslim Rohingya are an ethnic minority originating in Myanmar's Rakhine state. However, Myanmar refuses to recognize them as citizens. For decades, the Rohingya have fled from persecution to other countries, most of them to neighboring Bangladesh.

Almost 40 years ago, Saudi Arabia took in tens of thousands of Rohingya refugees who were facing persecution in Myanmar. The Saudi government told Dhaka in September 2020 that it "would be helpful" if the refugees were given Bangladeshi passports as the kingdom "doesn't keep stateless people."

The Rohingya in Saudi Arabia do not hold a passport from any country. Even the children of the refugees who were born in Saudi Arabia and speak Arabic are not offered Saudi citizenship.

Bangladesh does not recognize the Rohingya as its citizens, therefore experts say that Foreign Minister Momen's statement that Dhaka was considering giving passports to some Rohingya in Saudi Arabia could put the South Asian country on a backfoot in its repatriation talks with Myanmar. A K Abdul Momen: 'Those who have already acquired Saudi citizenship will stay there'

A tough decision for Dhaka

"We have discussed it with Saudi authorities and assured them that we will renew passports of Rohingya that have traveled to Saudi Arabia from Bangladesh," Momen told DW.

The foreign minister said that many Rohingya bribed Bangladeshi officials to get the country's passports.

"In 2001, 2002 and 2006, many Rohingya traveled to Saudi Arabia with Bangladeshi passports. Some corrupt Bangladeshi officials issued them these documents," Momen said.

The foreign minister, however, said that Dhaka will not be responsible for the children of these people.

"These Rohingya have not been in Bangladesh since the 1970s. Their children were born and brought up in other countries. They don't know anything about Bangladesh. They were raised as Arabs," Momen told DW, adding that the Saudi government does not want to deport all Rohingya.

"Those who have already acquired Saudi citizenship will stay there."

Who should take responsibility for the Rohingya?

C R Abrar, executive director of the Dhaka-based Refugee and Migratory Movements, told DW that if these people have Bangladeshi documents, Dhaka must take responsibility for them.

But he condemned Riyadh for pressuring Bangladeshi authorities over their repatriation.

"Bangladesh, whose economy is not too strong, has shown a lot of courage to provide shelter to these people. Saudi Arabia should not pile more pressure on the country," he said.

Abrar stresses that Rohingya are not economic migrants. "They are a persecuted community. Saudi Arabia should understand this."

The expert is of the view that if Bangladesh accepts taking back Rohingya from Saudi Arabia, it will weaken its Myanmar repatriation case.

"Myanmar may try to use it to its advantage and force Bangladesh to recognize more Rohingya refugees as its citizens," Abrar said.

Ali Riaz, a distinguished professor of political science at Illinois State University, says it is a tricky situation for Bangladesh. He, however, believes that the Saudi issue will not have an impact on Bangladesh's negotiations with Myanmar.

"They are separate issues," Riaz told DW. "Recognizing some Rohingya as citizens does not mean that Bangladesh accepts the entire ethnic group as their own."