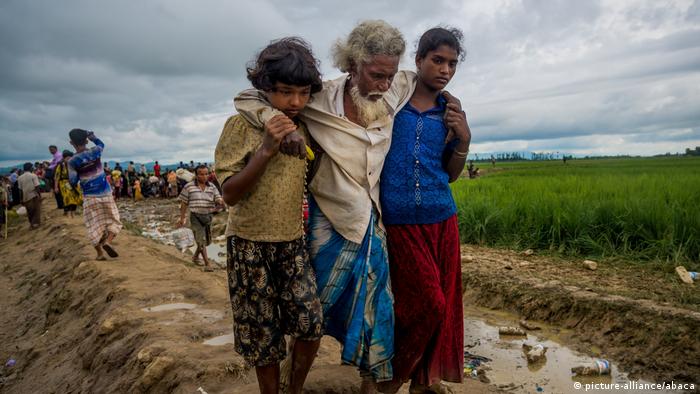 Myanmar's army has issued a report forcefully denying they committed atrocities against the Rohingya, the embattled ethnic minority who have fled in their hundreds of thousands across the border to Bangladesh.

The results of an internal military investigation published on Monday absolved the Myanmar army of all wrongdoing during the Rohingya crisis. It said it found no instances of soldiers using "excessive violence."

Read more - Rohingya people in Myanmar: what you need to know

The report contradicts statements from ethnic Rohingya who have reported widespread abuses — including massacres, rape, looting and torching of villages — at the hands of Myanmar military and civilian mobs.

More than 600,000 members of the minority Muslim ethnic group have fled to Bangladesh since the army started counter-insurgency operations in Rakhine State, near the border with Bangladesh, in late August this year.

Rohingya Muslims have lived in Myanmar for decades but many in the country's Buddhist majority see them as foreigners.

The internal army report based its findings on interviews with about 2,800 people from so-called "Bengali villages" — implying the Rohingya in Rakhine State are from Bangladesh, not Myanmar.

The United Nations has said the ongoing crisis amounts to "a textbook example of ethnic cleansing."

Amnesty International accused Myanmar of sweeping "serious violations" against the Rohingya under the carpet.

"There is overwhelming evidence that the military has murdered and raped Rohingya and burned their villages to the ground," Amnesty said in a statement released on Monday evening. "After recording countless stories of horror and using satellite analysis to track the growing devastation we can only reach one conclusion: these attacks amount to crimes against humanity."

The human rights group called for a UN fact-finding mission and requested other independent investigators be given full access to Rakhine State. 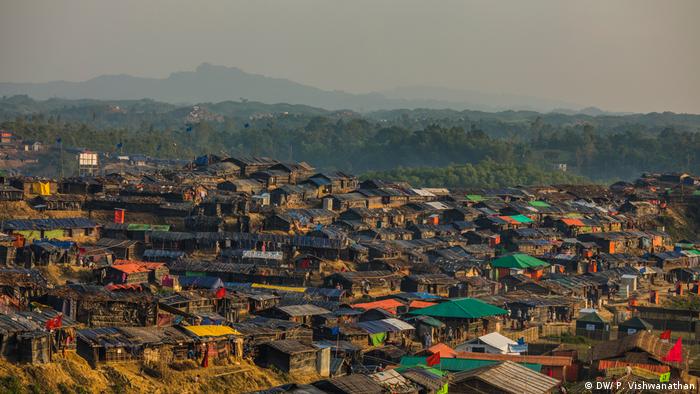 Rohingya have fled violence in Myanmar to poverty in Bangladesh. The majority who have sought refuge in the camps are women, children and the elderly.

The Nobel peace prize winner has failed to speak out strongly over the Rohingya's plight. At a meeting of the Association of South-East Asian Nations (ASEAN) in Manila on Monday — where leaders of other Asian powers skirted around the issue — UN Secretary-General Antonio Guterres said the unfolding humanitarian crisis could lead to regional instability and radicalization.

"I cannot hide my deep concern with the dramatic movement of hundreds of thousands of refugees from Myanmar to Bangladesh," Guterres told leaders including Suu Kyi.

Canadian Prime Minister Justin Trudeau on Tuesday added his voice to the chorus of concern, informing ASEAN leaders he has tasked his special envoy to engage in diplomatic efforts to resolve the Rohingya crisis. Trudeau called on Tuesday for a "sustainable and just solution."

The report comes just ahead of US Secretary of State Rex Tillerson planned visit to Myanmar on Wednesday. He is expected to meet senior officials to hold talks on the crisis.

Tillerson has deemed Myanmar military leaders "responsible" for atrocities that the army denies.