His importance to Bayern Munich has rarely been in doubt but Robert Lewandowski hasn't always seemed certain to stay. Signing a deal that ends when he's 34 suggests he's ready to keep carrying the goal-scoring burden. 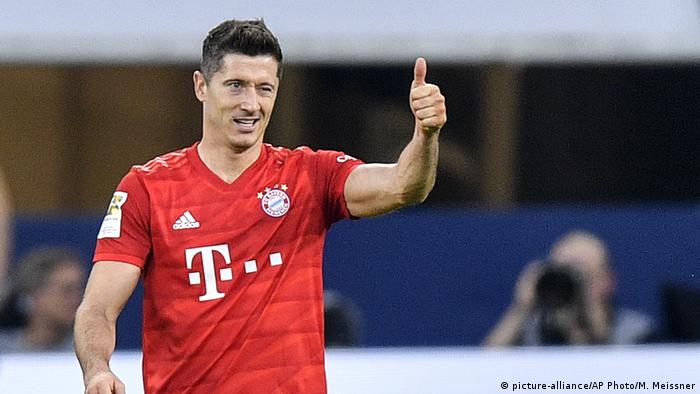 When Bayern Munich stepped up their plundering of Borussia Dortmund's best talents by persuading Robert Lewandowski to follow in the footsteps of Mario Götze and swap the Westfalenstadion for the Allianz Arena in 2014, Karl-Heinz Rummenigge had high praise for their new free transfer.

"Robert Lewandowski is one of the world's best strikers: He will strengthen the squad of FC Bayern and give us a boost," the club's chairman said.

Five years, 246 games and 197 goals later, Rummenigge's words have proved to be anything but the traditional new signing bluster. As Lewandowski signed a new deal tying him to the club until 2023 on Thursday, Rummenigge echoed his earlier thoughts and even elevated his man slightly: "For me, Robert is the best center forward in the world and has been a key player in our team for many years. We're delighted that that he will be playing for Bayern for a long time yet," he said.

For all the superstars Bayern have had in Lewandowski's five years in Munich, the Polish predator has, along with Manuel Neuer, been the most irreplaceable. His dead-eyed finishing, smart movement off the ball, aerial ability and durability have made him the focal point for Pep Guardiola, Carlo Ancelotti, Jupp Heynckes and now Niko Kovac.

Some signs of discontent

But things haven't always run smoothly. At various points in his spell in Bavaria, the 31-year-old has agitated to move abroad, a switch to Real Madrid looked likely at several points last year. And as the current season drew close, Lewandowski was among those to publicly express his discontent at the lack of new arrivals at Säbener Strasse.

But after scoring all five of Bayern's goals so far, the new deal is an indication that all is well between striker, coach and club.

"I had a really good discussion with Niko Kovac," the forward told German publication SportBild earlier this year. "He understood how I felt. The coach explained to me how he wanted to play. I liked that, and because of that decided I wanted to stay. My mindset changed that day. I know I’ve made mistakes, but I’m only human."

"I realized how important I am for Bayern and they weren’t going to let me leave. That shows the level and stability of the club. That was the point I realized I wanted to give my all for the club once more."

With Borussia Dortmund back at a point where they can challenge Bayern's strangehold on the Bundesliga title and RB Leipzig showing signs that they too might compete, Lewandowski is probably more important than ever. With the exception of teenager Jann-Fiete Arp, who struggled in the second division last season, Bayern don't have a replacement in positional terms, let alone a striker of similar quality, with Thomas Müller's goal output having declined rapidly in recent seasons. 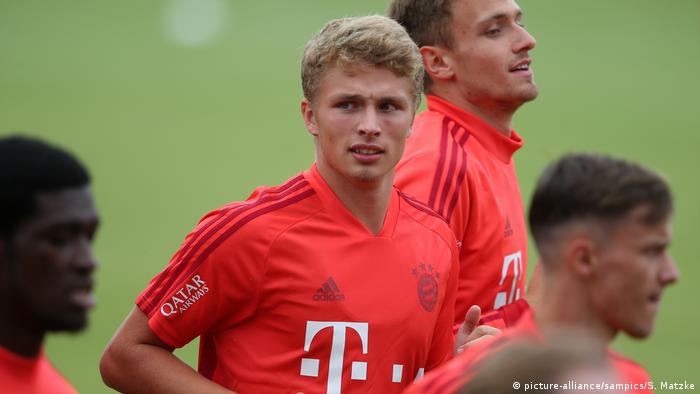 The offseason departures of Arjen Robben and Franck Ribery have also increased the goalscoring load, and while Serge Gnabry has registered double figures three times in the Bundesliga, Kingsley Coman has never scored more than six in any campaign in Germany or abroad.

New signing Philippe Coutinho may be expected to lighten that load but has always been a scorer of great goals rather than a great goalscorer. The 2016-17 campaign with Liverpool remains the only time the 27-year-old has hit double figures in a league season. But the Brazilian already sees the qualities Lewandowski brings to Bayern and the pair seem well suited to link up in attack.

"He's incredible, just world class. It's incredible the way he trains – I've been here a week, watching him up close and he's so much better than you think on TV," said the man who arrived on loan from Barcelona recently.

Whether you're watching from the pitch, the stands or on the box, Lewandowski has started the season in spectacular form. His hat-trick against Schalke last week featured a penalty, a freekick and an effort gathered and finished in the blink of an eye. He remains a largely unfussy player, relying on movement, intelligence, decisiveness and awareness more than pace or trickery. But it works.

However he gets his next bucketload of goals for Bayern, the club can't really do without them. For at least a few years longer, they won't have to.

Can anyone stop Bayern Munich winning an eighth straight title? Who'll be the signing of the season? Which youngster will break through? And who'll be playing second-tier football next season? Here's what we think. (16.08.2019)

Even though there are still 32 games left to play, the Bundesliga 2019-20 season is already shaping up to be a thriller. With plenty of goals, VAR debates and world-class performances, matchday two was one to remember. (25.08.2019)