Robert Lewandowski reportedly wants out of Bayern Munich this summer

The agent of Bayern Munich striker Robert Lewandowski has said that the Polish international wants to leave the club in the summer transfer window. Lewandowski's contract runs through the end of the 2020-21 season. 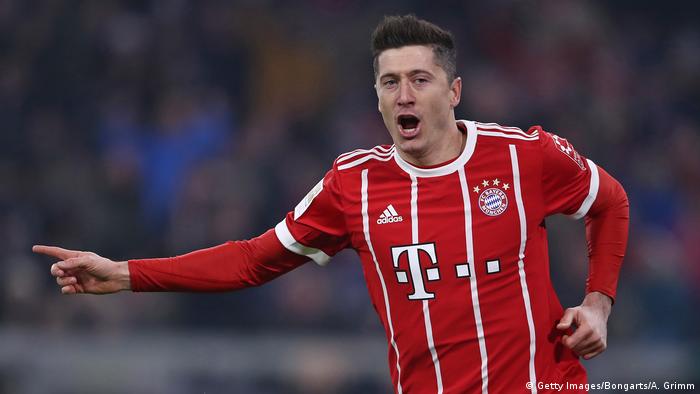 There were rumors throughout much of the last Bundesliga season that Robert Lewandowski was thinking about leaving Bayern Munich, but the words of his agent, published in this Wednesday's edition of the German weekly SportBild were the most concrete evidence of this to date.

"Robert feels that he needs a change and a new challenge in his career," his agent, Pini Zahavi said. "Bayern management have been informed of this."

Zahavi, who was the agent responsible for Brazilian star Neymar's €222 million ($258 million) buyout clause at Barcelona, which was triggered by Paris Saint-Germain last summer, denied that financial interests were behind Lewandowski's desire to leave Germany's most successful football club.

"Robert's reasons have nothing to do with money or any specific club because almost all of the top clubs would like to have the best striker in the world on their books."

Zahavi, who was hired by Lewandowski in February after he parted ways with his former agent Cezary Kucharski, also seemed confident that Bayern would agree to let the 29-year-old striker go, despite the fact that his contract runs through the end of the 2020-21 season.

"Everybody in Bayern's management team had a great (playing) career. They should understand the situation," he said.

There was no immediate comment from Bayern, but there is little indication that they would be about to let this past season's leading scorer (29 goals) go so easily.

"We know what we have in Robert Lewandowski… He will be playing football in Munich next year," Bayern CEO Karl-Heinz Rummenigge told the mass-circulation daily Bild earlier this month.