German politician Robert Blum was a radical freedom fighter in the 19th century. Now, he has a new hall in Berlin's Bellevue Palace in his honor. 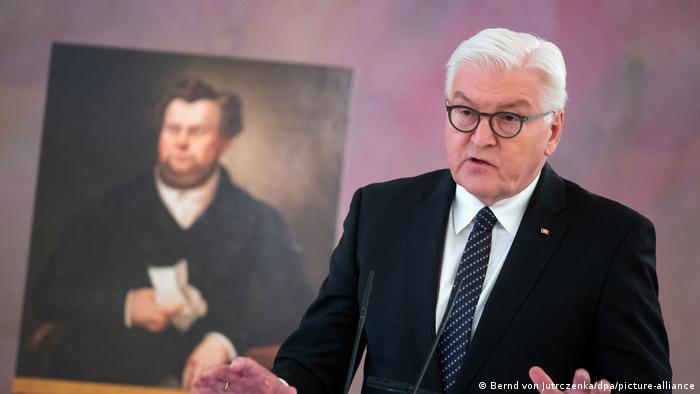 President Frank-Walter Steinmeier next to a painting of Robert Blum

Yet in the last centuries his legacy has all but been forgotten. Now a hall in Berlin's Bellevue Palace, the official residence of the German President, has been named after him.

"We should take the example of Robert Blum, especially now in the fight against the virus, but also when we look ahead and consider the period after the pandemic," said German President Frank-Walter Steinmeier at the official opening ceremony in Bellevue Palace. In his opinion, "we could use a dose of his democratic passion" to overcome present-day challenges like the COVID-19 pandemic. 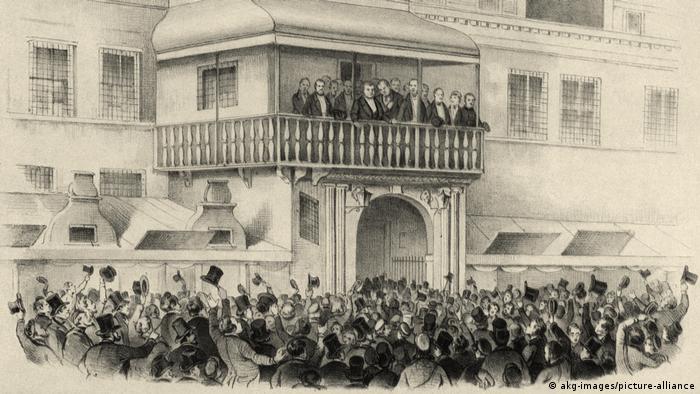 Blum was a skilled speaker and often addressed crowds and fellow politicians in Leipzig, as this image shows

Blum's commitment to the success of a revolution

Blum is known as one of Germany's prominent pro-democracy politicians. Yet, he has largely been left out of collective memory. As Steinmeier put it: "Robert Blum is a particularly tragic example of the shortcomings of our culture of remembrance. He died for freedom, but hardly anyone in his country remembers him." Steinmeier then quoted the revolutionary's supposed final words: "I die for the freedom, may my country remember me."

Blum was executed in Vienna on November 9, 1848 — he was shot by imperial troops the day before his 41st birthday.

The fact that the German parliamentarian was put on Vienna's list of "dangerous individuals," which ultimately led to his death, was a result of his fight for the German state. Blum, along with three other members of the Frankfurt Parliament — the first freely elected parliament for all of Germany — traveled to the Austrian capital in order to get a first-hand impression of the democratic aspirations of insurgent groups. However, he soon got in on the action. 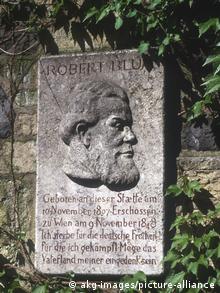 He got carried away by revolutionary speeches, supported the fight on the streets and joined a newly founded militia with his companion Julius Fröbel. The aim was to avert the impending failure of the revolution.

As we know from history, the revolution was not a success: Another emperor,Franz Joseph I, took the throne on December 1848. He stayed in power until his death in 1916.

A political force to be reckoned with

Blum did not have a likely path to political success. Born to a poor family in Cologne, he was blessed with a quick mind. Although he was a gifted student, he was forced to drop out to learn a trade to work and support his family. After completing an apprenticeship as a brass caster, he traveled around Germany, making stops in Berlin and Munich.

Eventually, he returned home to Cologne where, in 1830, he became heavily involved with a theater company and began writing politically motivated plays and poetry. In 1832, he moved to Leipzig with theater director Friedrich Sebald Ringelhardt. 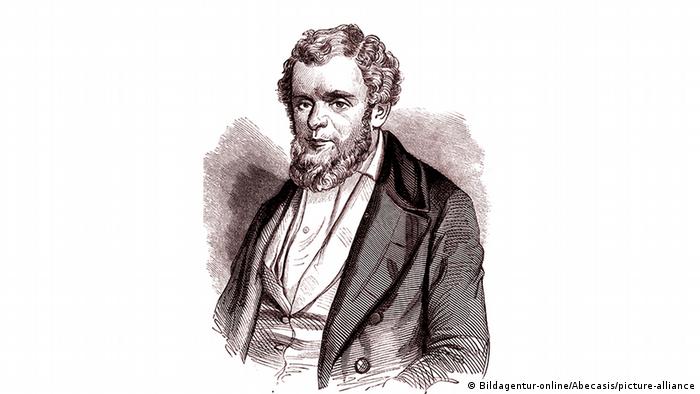 In the 1830s, he began to surround himself with leftist and liberal opposition party members who would likely be called political activists today. He became increasingly involved in the scene, participating in discussions, protests, and forging contacts with allies.

In the mid-1840s, he stood for election himself and became a member of Leipzig's government. During this period he joined various radical democratic associations and promoted democracy by using his skills as an orator to give rousing speeches to politicians and the public.

On March 3, 1848, he publicly demanded the resignation of the government. He hoped that peaceful protests would lead to a successful revolution.

The colors of the German flag — black, red and gold — waved during the protests in Blum's day date back to the Hambach Festival of 1832, when liberal-minded people demanded unity and democracy. 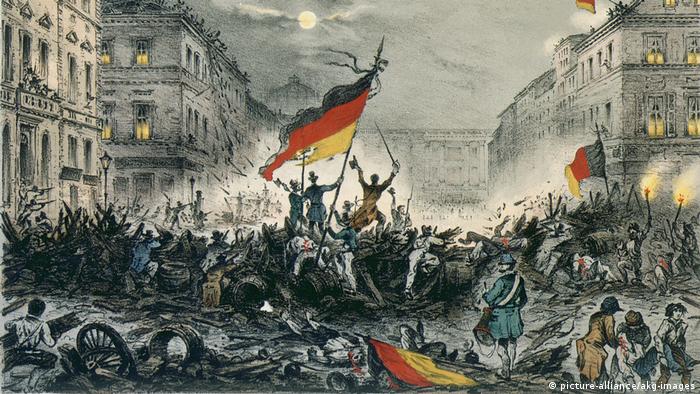 Reportedly, Blum's dealings with women were not entirely praiseworthy. He is said to have broken off contact with a woman who was expecting a child after he had an affair with her. His first wife died after a miscarriage, perhaps because the journey she made with her husband from Leipzig to Berlin as a pregnant woman was too arduous.

His farewell letter to his second wife, Louise Eugenie (called Jenny), shows his fondness for her and their children. Written moments before his death sentence was carried out, he speaks of his political passions, asks his wife to distribute his possessions and sends her "last kisses from your Robert." 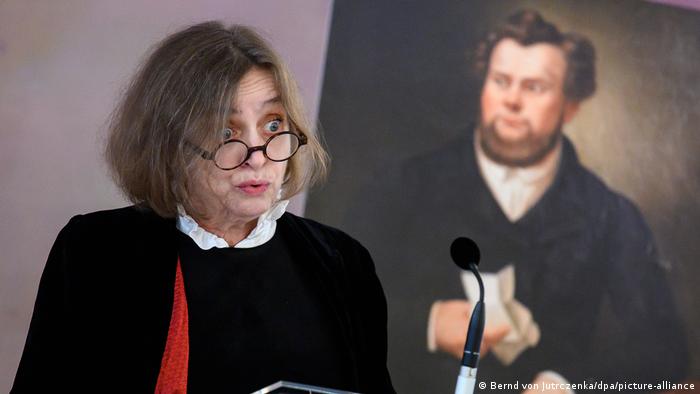 Actress Katharina Thalbach reading a text from Blum on November 9, 2020, when a hall in the Bellevue Palace was named in his honor

Newspapers published parts of this famous farewell letter. Indignation spread over the beloved revolutionary politician's being sentenced to death. Commemorative coins and engravings with his portrait were created in his honor.

When the Cologne City Museum dedicated an exhibition to Blum in 2007 on the occasion of his 200th birthday, then-museum director Werner Schäfke regretted the political activist had all but been forgotten. "He was never as present (in our minds) as he deserved to be," he told German newspaper Kölnische Rundschau.

The exhibition also explored Blum's talents outside his career as a politician, including his literary activity. Blum was co-founder of the first Schiller Society, as well as a literary association in Leipzig. Unfortunately, the text of only one his plays still exists today.

November 9 is remembered both positively and negatively in Germany. Celebrations mark the fall of the Berlin Wall in 1989, but more somber events commemorate an anniversary of Nazi brutality.

'The Young Karl Marx' is a historical period drama depicting the life the German father of communism. Marx vowed to change the world, theorizing about the causes of social revolution.