Roaming charges for EU cellphone users reach the end of the line | Europe| News and current affairs from around the continent | DW | 15.06.2017

New EU rules mean that mobile phone users no longer need to pay extra charges when they leave their countries for other member states. But critics say German and Spanish lobbyists have watered down those rules. 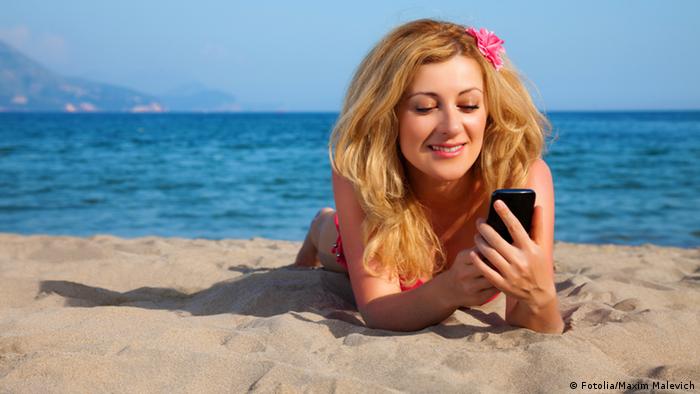 It's been called a victory for the European Union - a sign that Brussels can protect its citizens from exploitation by telecommunications companies. After all, the world needed multinational legislation to counter the power of multinational corporations.
Lobby observers say, however, that those corporations, particularly from Germany and Spain, have worked to water down the new rules.

After a decade of compromises, delays, negotiations and renegotiations, mobile roaming charges were abolished across the bloc on Thursday, meaning EU-based phone users now pay the same for calls, texts, using the internet and downloads when they travel to other member countries as they do at home.

It's supposed to be a new dawn for consumer rights. Berlin's Tagesspiegel newspaper, for instance, was effusive on Tuesday, calling the new deal a "triumph for the EU, not only over the interests of mobile phone companies. The decision shows that Europe can change the everyday lives of people for the better. Five hundred million consumers will profit." 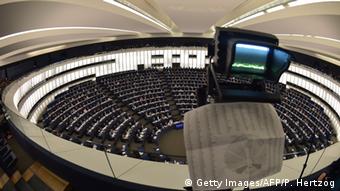 The EU has shown it can protect consumers

There are holes in this new "roam like at home" world. For one thing, telecommunications operators are still allowed to set caps on high-speed flat-rate internet use abroad. For another, different networks are allowed to keep their different rules on which territories belong to the EU - while some include Switzerland, the British Channel Islands, Monaco, Andorra and San Marino, for example, others don't - which means travelers to those places have to check which network their phone picks up.

And, as Susanne Blohm of Germany's major consumer protection organization Verbraucherzentrale explained, the new rules are riddled with unnecessary complexities.

"In principle, this June 15 [legislation] is a very, very big success," she told DW. "But one big point of criticism is that international calls aren't affected by the new regulations. I can go to Spain on holiday with my German tariff and call Germany for the same price. But if I'm in Germany and want to call abroad it could be more expensive. Paradoxically, it could be more expensive to call Poland from Germany than to call Poland from Spain, even though I'm at home."

It is, as Blohm puts it, "legally very complicated and totally confusing for a normal consumer."

"We as a consumer rights organization said international calls needed to be included in the new legislation, but it was never a part of the negotiations," she said.

Guillermo Beltra, head of legal affairs at the European consumer organization BEUC, knew the problem well enough. "In the vast majority of member states it is unjustifiably expensive to call a different country from your own country, and the roaming deal does not put a solution on that." But he added that the EU was currently renegotiating telecommunications rules, and that a solution might be found.

The fact that consumers had to wait 10 years for these reforms is largely down to a complex struggle between the different telecommunications companies over the caps on "wholesale roaming charges" - the fees that networks charge each other for using their networks. 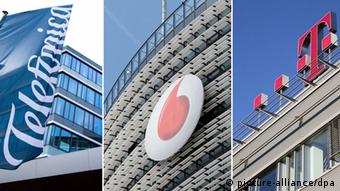 Major telecommunications firms did their best to slow down the legislation

Here, the largest firms, particularly Spain's Telefonica and Germany's Deutsche Telekom, were able to pressure the European Commission to keep the caps higher than the smaller operators - who charge lower fees - would have liked.

Beltra still called the new regulations "a very big win for consumers overall," even though the major companies had done all they could to delay the new rules. For a while, Germany's Günther Oettinger, the EU commissioner for the digital economy at the time, tried to dilute them further by pushing a plan to have roaming charges only suspended for 90 days a year - but that was shot down.

Ultimately, Beltra said, even these companies will be happy with the new deal. "I think they should see the glass half full, like we do, in the sense that this opens a new era of seamless usage of their connectivity," he said. "It's a really good time to be in the data connectivity industry, because the EU just created measures to make sure the demand for data connectivity has no barriers. The problem is that the companies had been very shortsighted in the past trying to protect sources of income that they knew were coming to end."