Both the EU and the UK say they want to reach a Brexit trade deal. But a leading member of the European Parliament tells DW that even after nine months of talks it's "difficult to predict" if there will be an agreement. 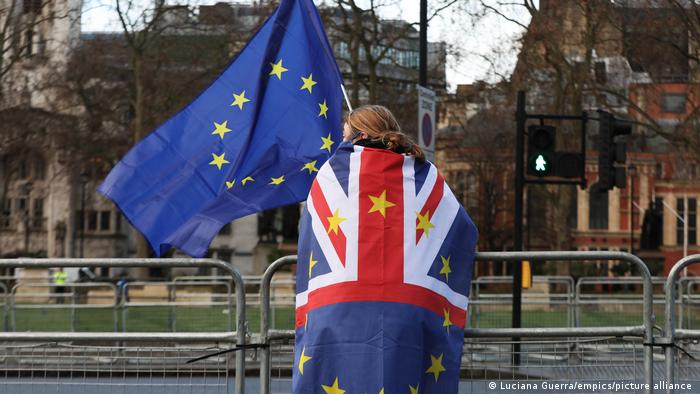 Britain could still crash out of the European Union's single market on January 1 without a trade deal, a senior member of European Parliament told DW on Monday.

David McAllister, a European lawmaker from Chancellor Angela Merkel's Christian Democrats, said it was "difficult to predict" whether UK and EU Brexit negotiators would succeed.

"We're in the very last mile of these negotiations, and I still hope we can avoid a no-deal scenario because a no-deal would have severe consequences for both sides, but especially for the United Kingdom," McAllister said.

Brexit: What would no-deal mean for UK and EU?

What would no-deal mean for the UK and EU?

Members of the European Parliament are angry that they have not yet seen any of the negotiated text by EU official Michel Barnier and his British counterpart, David Frost.

They say it's undemocratic if MEPs aren't given time to properly scrutinize any deal.

One option would be for the European Parliament to approve a deal in principle by December 31, and complete formal ratification early next year. 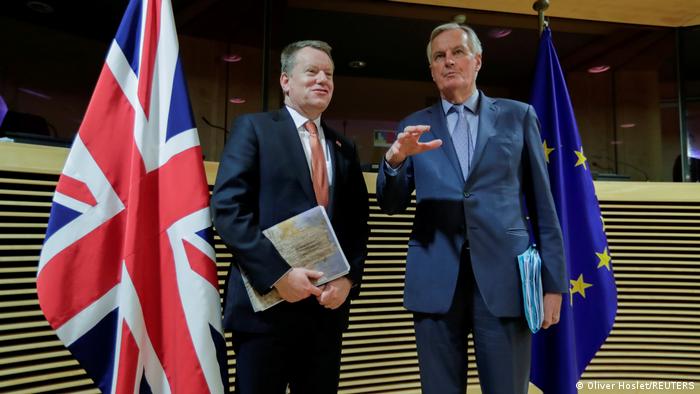 Sources present at a private meeting of MEPs on Monday told DW that they urged EU lawyers that the European Parliament must have a "decisive say whatever the outcome of the talks."

But diplomats on both sides were downbeat on the chances of an imminent breakthrough amid an ongoing row over fisheries. They are expected to continue their talks for a post-Brexit trade deal on Tuesday.

British Prime Minister Boris Johnson has said while the UK wants to reach an agreement, it "can cope with no deal."

Senior aides from the UK and the EU told DW that they had already canceled their Christmas plans over fears talks might drag on even longer.

"The talks are difficult and significant differences remain," said a UK government spokesperson. "We will continue to explore every route to a deal that is in line with the fundamental principles we brought into the negotiations."

EU sources close to the talks said they were "gloomy" about chances of success in the negotiations that began nine months ago.

Aside from fishing, the UK and the EU also failed to see eye to eye for much of that time on how to prevent unfair trade competition and how to police a deal.

Britain is currently inside a transition phase during which it follows all EU rules. The government has ruled out extending the deadline for reaching a post-Brexit trade deal into 2021, amid a deadlock in talks and a growing COVID crisis.

The decision comes after calls from Scottish First Minister Nicola Sturgeon and London Mayor Sadiq Khan to follow EU trading rules beyond December 31 to allow more time for an agreement.