Rio 2016: Lights out for Harting as 2012 gold medallist bows out in qualifying

One of Germany's medal hopes has crashed out of the Olympics after discus thrower Robert Harting failed to make the final. The 2012 gold medallist attributed his failure to an injury he picked up flicking a light switch. 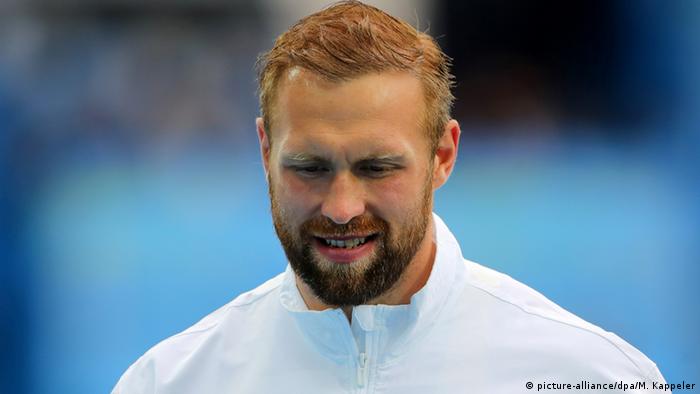 Harting, famous for ripping off his shirt after a win, was one of the stars of London 2012 for Germany and has been outspoken in his criticism of doping athletes and IOC chief Thomas Bach's perceived inaction on the issue in the build up to the Games.

But the two-metre-tall thrower struggled throughout qualification, with his best throw measuring only 62.21 meters in slippery conditions after rain. The distance was far below the 65.50m needed for direct qualification and outside the top 12 who advance to the final.

After his exit was confirmed, a clearly disappointed Harting explained to German broadcaster ARD that he had been troubled by back pain throughout the competition.

"Yesterday I suffered from some lumbago (lower back pain) when I was switching the lights out," the 31-year-old said. Harting said he had injections for the pain but "I'm afraid you can't do much (with this sort of injury) as a throwing athlete."

German tennis star Sabine Lisicki was among those to offer her support, tweeting: "Cheer up and get well soon Robert."

As well as his Olympic gold, Harting won three straight world titles between 2009 and 2013. He missed the past season with a severe knee injury but appeared to have recovered and was widely considered to be a serious medal contender.

There was some consolation for Harting in the shape of his younger brother Christoph Harting, who qualified in third place with a throw of 65.41 meters.