Germany's Henri Junghänel has won gold in the men's 50m Rifle Prone after the 28-year-old delivered a nerveless performance in the final. It's the country's second shooting medal in as many days. 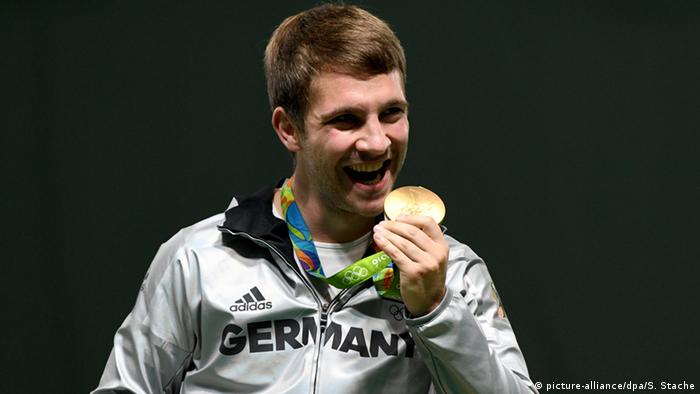 Junghänel's display was all the more impressive because it was his Olympic debut and, despite a strong showing throughout the final, it took a little while for the gravity of the situation to sink in.

Engleder was in the stands to see her teammate follow her lead and celebrated wildly, along with Junghänel's girlfriend who had tears in her eyes as she said: "He is the Olympic champion I am so proud, that's really cool."

Junghänel was in fine form in Friday's final, shooting an Olympic record score of 209.5 to hold off the challenge of South Korea's Kim Jonghyun (208.2) and Kirill Grigorian of Russia, who was some way behind with a score of 187,3. 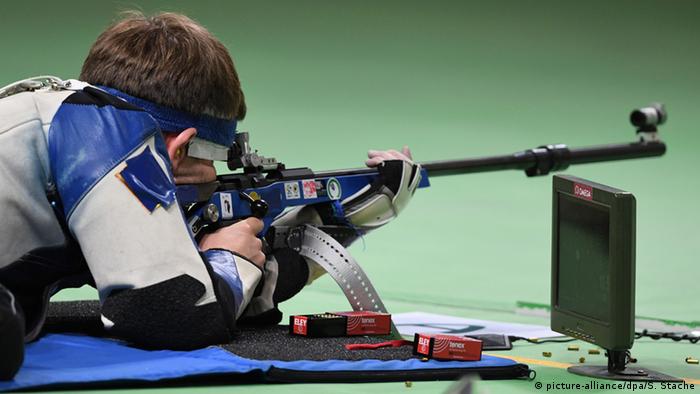 The Leipzig-born shooter started strongly and drove home his advantage mid-way through the final with consecutive scores of 10.8, 10.7 and 10.7 rings.

That sequence meant he was 1.1 points ahead of Kim with two shots to go, guarenteeing gold for the German.

Amazingly, Junghänel almost failed to even qualify for the final, with only a last-shot 9.4 in qualifying securing his passage.