Well-off Germans enjoy benefits of a tax system that helps them keep or even increase their wealth. But Dieter Lehmkuhl, head of a group of wealthy Germans, says they are ready to chip in more by paying higher taxes. 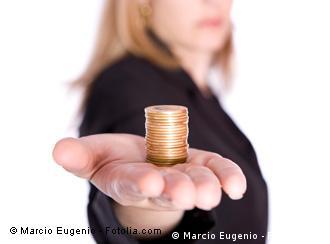 Some rich Germans are willing to pay more

DW: Your renewed call for a wealth tax in Germany follows those coming out of the United States, France and also Italy. Where do you put yourself in comparison to what you are calling for, or even your own wealth when it comes to Warren Buffet or Liliane Bettencourt?

Dieter Lehmkuhl: I always say we have kings and we have dukes of richness. [Laughs]. I compare myself, and maybe most of the people in our group, to the people who belong to the lower nobility. Bettencourt and Warren Buffet play in a completely different league than we do.

How much do the people in your group have to offer the German government? If you were taxed at this higher rate that you propose, how much money do you think you could raise? 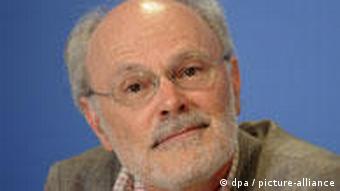 We want it to become a property tax that [affects] all the rich of our group. The number of people who own as least as much as we do, and want to be taxed, would be about 2.2 million. This would generate more than 100 billion euros ($144.5 billion) for the budget [over 10 years].

There was a global sense in the early 1990s and perhaps the early 2000s, that in the West tax rates were a bit too high, and they were in fact brought down. Do you think the fact that you and other rich people are now calling for your taxes to be raised means that trend is ready to be reversed?

We hope so. We need it desperately. It's not that people now have become so rich and earn more; they have just changed the rules of the game. Even in the 1970s or the 1950s, income taxes to the highest [earners] were almost 70 percent, and in the United States it was 90 percent. These tax reductions [since then] have almost completely privileged the rich. The consequence of this is an increasing gap between the rich and the poor. It's not tolerable for a society because it destroys the social matrix.

I understand that you first made this call to have your taxes raised two years ago and nothing much happened. Do you think the situation is significantly different to where it might actually stick this time?

I think it's different. I disagree with you that nothing has happened. Nothing has happened on the political level, but we have a change in discourse about these things. My personal belief is you have to have pressure from social movements to move the politics in the right direction. And now we have a chance with the crisis, and we have to take it.

Microsoft founder Bill Gates convinced dozens of American billionaires to give away at least half of their fortune to charity in June. German politicians say their nation's wealthy should follow suit. But will they? (06.08.2010)

The EU has declared 2010 the European Year for Combating Poverty and Exclusion, yet recent studies suggest that Germany's poor and middle class are getting poorer. (25.06.2010)