A retrospective on Arno Breker will open in Schwerin on July 22. But the show is already stirring controversy because of claims it's an attempt to rehabilitate the artist described as Hitler's favorite sculptor. 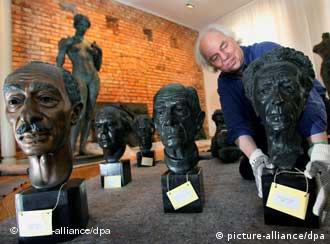 Is it permissible? What will people think? These are the kind of questions asked whenever Germany grapples with art from the Nazi era -- in this case sculptures by Arno Breker (1900-1991), who once took commissions from Adolf Hitler, and whose muscle-bound classical nudes contributed to the Nazi aesthetic.

The Schleswig-Holstein-Haus in Schwerin, eastern Germany plans to open a retrospective on Breker's career on July 22. It will be the first exhibition of Breker's work in the post-war era. On display will be 70 sculptures from the private collection owned by Breker's widow.

Even in the art world, Breker is a divisive figure, with some counting him among the most important sculptors of the 20th century, and others dismissing him as a Nazi sympathizer whose work has no artistic value. 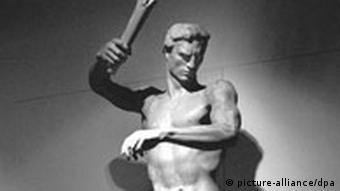 Without doubt, Breker was among the best known sculptors of the Nazi era. He accepted commissions from the Nazis betweem 1933 and 1942, and maintained personal friendships with both Adolf Hitler and his key architect, Albert Speer. Among the works he is now most often associated with are sculptures of The Female Victor and The Decathlete, created for Berlin's Olympic stadium.

These, as well as other sculptures commissioned by the Nazis to adorn the stadium built for the 1936 Olympics, became the subject of renewed controversy ahead of the recently-concluded soccer World Cup. Jewish activists called -- unsuccessfully -- for several of the most prominent sculptures to be covered up, lest they offend guests attending matches in the stadium.

Originally, the Breker exhibit in Schwerin was to take place in 2005, but it was postponed so as not to coincide with the 60th anniversary celebrations marking the end of WWII.

But it seems there's never an "appropriate" time to open such an exhibit: The director of Schwerin's state museum said she felt it was "negligent" to allow it to go ahead now, because of Mecklenburg - Western Pomerania's upcoming state elections, in which some fear the far-right NPD party could win parliamentary seats.

However, the curator of the Schleswig-Hostein-Haus, Rudolf Conrades, defended the show, saying the whole point of the exhibition is to make Breker the subject of a criticial discussion. 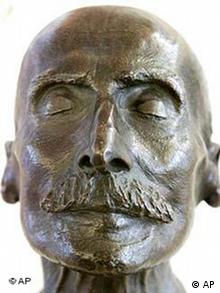 "Breker was one of a group of respected young sculptors," Conrades told the paper Die Welt. "Max Liebermann supported him -- Breker did his death mask. Then, with the Nazi era, came his classicist phase. But even after the war, his work was still highly praised in certain circles. Even Ludwig Erhard and Peter Ludwig posed for him. But as a whole, his post-war work is problematic."

The President of Berlin's Academy of Art, Klaus Staeck, has spoken out in protest against the exhibit, saying he fears it heralds the "rehabilitation of Breker." Staeck has also cancelled a planned exhibition of his own work that was to have gone on display in Schwerin next year.

Conrades, however, espouses the view shared by many in Germany, that creating taboos around anything to do with the Nazi era is not helpful in a nation still struggling to come to terms with its past.

"Breker is part of German art history," he said. "The big museums have so far shied away from handling this chapter in our history, and I really believe it's time to do this."

German Jews blasted a conceptual artist Sunday for converting a former synagogue into a 'gas chamber' in a project he said targeted the "trivialization of the memory of the Holocaust." (March 13, 2006)

Just days before the start of the World Cup, a debate about the Nazi-era sculptures that still adorn Berlin's Olympic Stadium has reignited, with calls for the images to be covered up or removed lest they offend guests. (June 2, 2006)