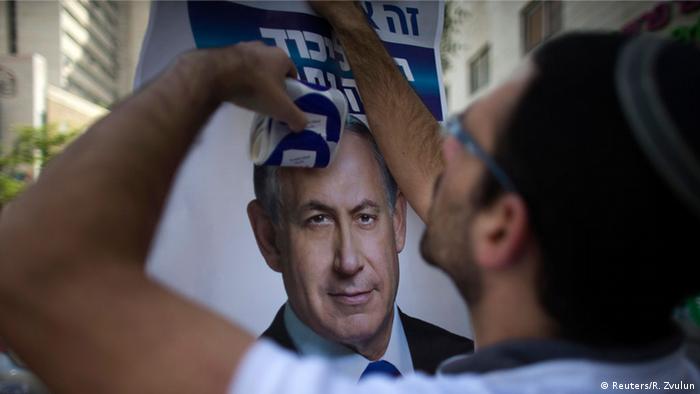 With more than 99 percent of the vote counted on Wednesday, preliminary results showed Likud appeared set to hold 30 seats in Israel's 120-seat parliament, the Knesset. Despite exit polls from Tuesday's vote suggesting a tight race, the opposition Zionist Union trailed with 24 seats.

"A few minutes ago I spoke with Prime Minister Benjamin Netanyahu and congratulated him on his achievement and wished him luck," Herzog told reporters.

According to Reuters news agency, Likud released a statement saying Netanyahu intended to quickly build a new coalition government with parties from the political right and religious groups. A coalition would need 61 seats in the Knesset.

"Reality is not waiting for us," Netanyahu said. "The citizens of Israel expect us to quickly put together a leadership that will work for them regarding security, economy and society as we committed to do - and we will do so."

Netanyahu had late Tuesday already declared his party's victory, which came after several days of last-minute campaigning in which he took a sharp turn to the right, saying he opposed the creation of a Palestinian state and promising to expand Jewish settlement building in Israeli-occupied areas which the Palestinians want for a future state.

Likud's victory is a dramatic turnaround from the last pre-election opinion polls, which put Isaac Herzog's centrist Zionist Union ahead with 25-26 seats, with Netanyahu's Likud taking 20-22.

Opinion: Not a good day for Israel and the Palestinians

After an expected change in leadership in Israel failed, the country's current prime minister is likely the next one, too. That's not good news for Israel or the Mideast, says DW's Bettina Marx. (18.03.2015)

Following an initial vote count, Israeli Prime Minister Benjamin Netanyahu and his Likud party look set for victory, ahead of the center-left Zionist Union. A win would mean a third term in office for Netanyahu. (18.03.2015)