Europe needs fast and pragmatic moves to demonstrate a strong EU to citizens stunned by Brexit, Finance Minister Wolfgang Schäuble has said. He added that governments might need to override a sluggish Brussels. 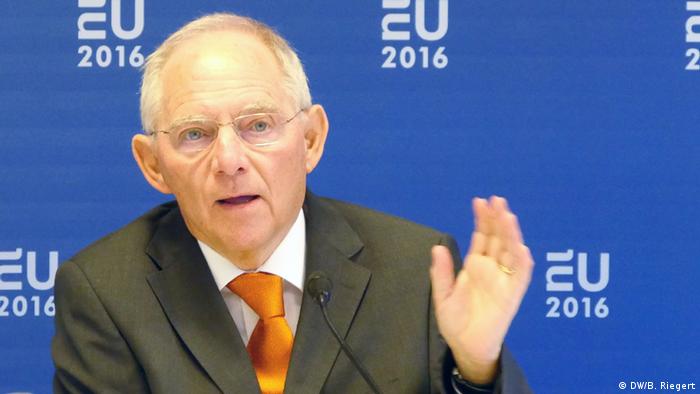 Schäuble, Germany's finance minister and long-time advocate of a "deeper" EU, has urged Europe's governments to quickly tackle and solve "several central problems" to restore trust among its 508-million population.

Chancellor Angela Merkel's conservative ally told newspaper "Welt am Sonntag" (WamS) on Sunday that it was not the time for visions or treaty reforms.

Instead, "pragmatic" efficacy must be demonstated by the remaining 27 governments - assuming Britain formally exited the bloc, Schäuble said.

"If from the outset not all of the 27 pull their weight, then start with a few less," he told the paper. "And, if the [European] Commission does not act jointly, then we'll take the matter into our hands and just solve the problems between governments."

"This inter-governmental approach proved itself during the euro crisis," Schäuble added, mentioning Europe's asylum and migration policies as issues to which EU citizens wanted answers.

Europe's member states each needed to clarify what they could do at national level, and "what we can't do ourselves must be done at European level," he said.

Carrying on as usual was untenable amid "growing demagogy and deeper euroskepticism," he added. 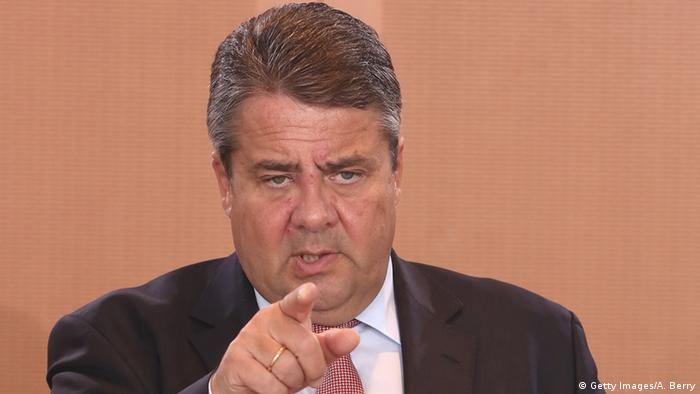 Gabriel said the EU should concentrate on growth more than stability

As solutions he listed an EU-wide training scheme for Europe's millions of young unemployed; an "energy union" to benefit eastern EU partners, joint EU military procurement to save money; and a European digital "Cloud" to challenge "the American monopoly."

Germany's top diplomat, Frank-Walter Steinmeier, called for talks to start "as soon as possible," after he met with representatives of the EU's founding nations. His colleagues also pressed London to seek talks soon. (25.06.2016)

After the Brexit vote, Europe needs to redefine its uniting ideals, says DW culture editor Stefan Dege in this open letter to the President of the European Commission, Jean-Claude Juncker. (01.07.2016)

"Let's be honest, the question of whether the European Parliament should get the deciding role or not is not one that especially moves the public," said Schäuble, who was one of the architects of German reunification in the early 1990s.

Schäuble told the WamS that Europe's current priority should be to prevent "wildfire" disintegration and to avoid "the usual rhetoric," adding that dumping EU treaties was no immediate answer.

"We have to stay serious," he said, insisting that it was not the moment to concentrate on reform of EU institutions.

Asked whether Luxembourg's Jean-Claude Juncker was the right person as current president of the European Commission, Schäuble replied, "I pushed for Juncker."

"A personnel debate doesn't get us any further. The Brexit decision must be a wake-up call for Europe," the cabinet veteran said.

Asked about French and southern EU attitudes to the eurozone stability pact, Schäuble replied that "Europe-frustration" stemmed from the many rules established "but not upheld, also by the EU commission in the whole debt and Greece crisis."

In her weekly video podcast on Saturday, Chancellor Angela Merkel said Europe should become the most "competitive and knowledge-based continent in the world."

Also on Saturday, Economy Minister and SPD leader Sigmar Gabriel said Europe must shift its emphasis to a "growth pact" based on investment programs and "active" policies to boost its labor market.