Everyone knows singing makes you feel good. Now researchers are trying to provide scientific evidence to support this claim in the treatment of serious illnesses like Parkinson's and respiratory diseases. 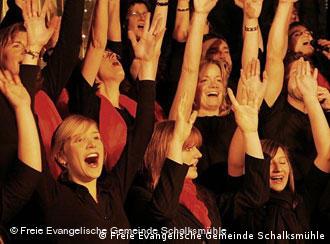 Monica was diagnosed with Parkinson's disease almost nine years ago and she has been a member of the Sing for Joy choir ever since. The choir was set up in 2003 especially for sufferers of the progressive neurological condition.

"My voice can go quite easily when my Parkinson's is bad," she said. "The singing can help me to project, it keeps my mouth muscles exercised because Parkinson's can actually atrophy all your muscles if you don't work really hard and the voice is like any other muscle, if you don't work it, it goes."

Surprisingly, very little scientific research has been undertaken to back very real claims like these. Nevertheless, the UK-based Sydney De Haan Research Centre for Arts and Health has been trying to promote the value of singing for wellbeing since 2005.

"People who are working in medicine and thinking about health issues from a medical perspective have not really considered the role that creative activities can have for people in relation to their health," commented director Stephen Clift.

The center is about to embark on a major study on the value of singing for people with chronic respiratory illness. The study will use standardized assessment techniques to measure lung function, breathing patterns and general activity levels before and after a course of singing lessons.

Clift hopes to prove that breathing control elements involved in singing could be a useful intervention in helping people manage their condition and, importantly, to manage stress levels. 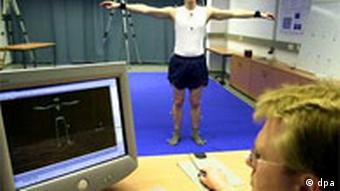 "Breathlessness can be very anxiety provoking and frightening and so they have to learn to manage that," said Clift. "We think singing could give people the confidence to do more than they think."

It is not just scientific snobbery that is to blame for the delay in research results, warms Clift.

"Creative artists such as musicians or painters have a little bias against thinking about what they are doing from a scientific perspective," he said. "It's very much a case of bringing together two areas of life which are seen to be very separate."

Wolfgang Bossinger has been a music therapist in psychiatric hospitals in Germany for 25 years. Spurred on by the runaway success of a choir he formed in his own hospital in 2006, he decided to found Singing Hospitals in 2009.

There are now 11 certified hospitals that run choirs for patients around Germany, with one in Romania and the first in Austria opening this year.

"Forming choirs allows us to create a social network," said Bossinger. "This helps people not to get back in isolation once they have left hospital and allows them to feel connected in this group," he continued.

It is this socializing aspect that is especially powerful for sufferers of diseases like Parkinson's or multiple sclerosis that often leave people housebound and cut off from society, which in turn can accelerate the degeneration of their condition.

"We found singing groups can help them to deal with the grief," he said. The choir provided a forum for women to come together with other women and share their emotional pain, he added, and "they become much stronger on a psychological level." 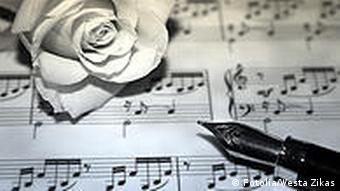 Music therapy is already used to treat mental illnesses, among other things

Singing is not just of value for those already suffering from a disease, argues Günter Kreutz, Professor of systematic musicology at the Carl von Ossietzky University in Oldenburg. Kreutz will be publishing a volume on music, health and wellbeing in 2011 that will bring together research across the fields of music, psychology and music therapy for the first time.

"Those who have learned a musical instrument in their life, or who dance regularly are less prone to develop degenerative diseases of the brain like Alzheimer's or dementia so there is some initial evidence that cultural activities in the long run can have significant health benefits and reduce health risks significantly," he said.

Health benefits aside, however, singing remains a joyful, universal activity.

"Originally, music was something in all cultures where everybody was involved," said Bossinger.

According to Bossinger, research has shown that when people sing a mantra together, their hearts beat together.

For Parkinson's sufferers like Monika, being surrounded by music has helped her do things she thought would never be possible.

"When very rhythmic exciting music is being played, I can dance like I used to be able to – it is extraordinary," she said. "I don't understand it, but I love it!"

Whether in tune or not, singing cultivates human development, with kids profitting most from the activity. Those who sing also get sick less soften, a study shows. (13.01.2011)

With a long history of song festivals, Estonia is a country where singing has served the purpose of both entertainment and political protest. Today's young Estonians are keeping up this tradition. (13.11.2010)