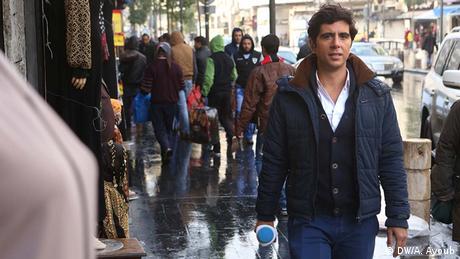 A citizen of the world

Jaafar Abdul Karim was born in Liberia, raised in Lebanon and Switzerland, studied in France, Germany and England, and now works with DW in Berlin. As the host of the award-winning Arabic youth talk show Shababtalk, Jaafar reports from around the Arab world and gives young people a platform to talk about issues that break taboos and open minds. His latest work focuses on providing a voice to refugees and he has reported from Bar-Elias refugee camp in Lebanon, refugee centers in Lesbos, Zaatari refugee camp in Jordan and from refugee reception centers in Germany. He was named Germany's Reporter of the Year by Medium magazine in 2016. He has also completed a directing course at the London Film Academy and holds a master's degree in communication and leadership from Quadriga University in Berlin.

Olaf Scholz: 'It’s imperative that we return to the rule of law'