Report: Russia to start delivery of S-300 missiles to Iran

Russia will reportedly send the first S-300 air defense system to Iran this week. The deal was made in 2007, but put on ice for years due to an arms embargo on Iran. 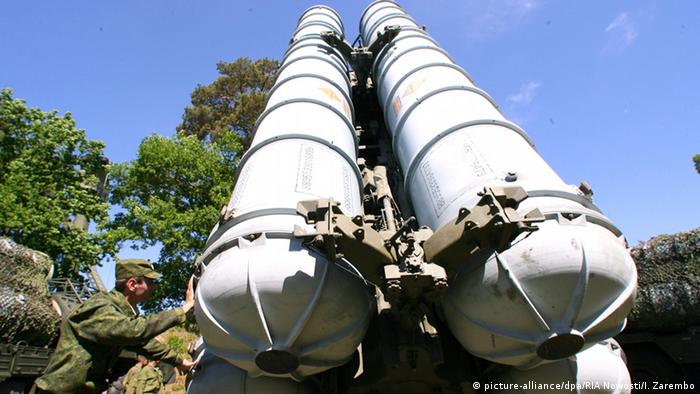 Russian authorities are preparing for a ceremony to mark the delivery of the first S-300 missile battery to Iran from the southern Russian city of Astrakhan on Thursday, according to an RIA report citing an unnamed source.

Tehran first ordered the advanced air-defense systems nearly a decade ago, after signing an $800 (718 million euro) deal with Moscow. However, the Kremlin soon froze the transaction due to international arms embargo on Iran.

The two countries revived the weapons contract last year, after Iran agreed to reign in its nuclear program.

Russia will also sign a contract to supply Iran with a batch of Su-30SM fighter jets sometime this year, RIA said in a separate report, quoting a senior official at Russia's arms export agency.

Iran building up its military

Talking to the Russian "Rossiya-24" television on Tuesday, Defense Minister Dehghan said that the Islamic Republic planned to boost its military prowess.

"We intend to raise the level of defense capability, in quality as well as quantity, to ensure protection from foreign attacks," he said.

Russia would deliver all of the S-300 systems to Iran before the end of the year, according to Interfax's source in the defense industry.

Moscow's long-standing plans to supply Tehran with the surface-to-air missiles have sparked strong condemnation from the US and its allies in the Middle East. Saudi Arabia and Israel are particularly opposed to the sale, saying it could destabilize the region.

The Kremlin has rejected the criticism, claiming the S-300 was for defense.