Report: Merkel and Rutte made concrete promises with Turkey over refugee quota

A report has found that German Chancellor Merkel and Dutch PM Rutte agreed a refugee quota with Turkey in 2016 without informing other EU leaders. They reportedly pledged to accept up to 250,000 Syrian refugees per year. 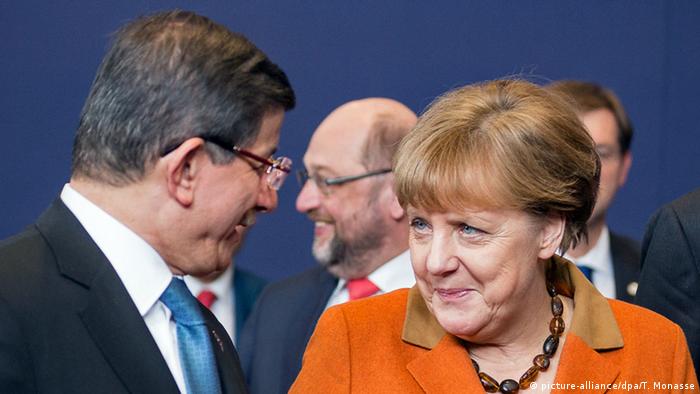 When the EU-Turkey deal was struck last March, it was hailed by some in western Europe as a breakthrough for resolving the refugee crisis, regarded with skepticism by some eastern European nations, and sharply criticized by human rights groups.

Although the Turkish proposals came as a surprise at the time, a new report published on Monday found that many of the details were solidified ahead of the summit by German, Dutch and Turkish leaders.

Rutte - who held the rotating EU presidency at the time - and Merkel committed to a legal refugee quota with Turkey without telling other members of the European Union about the exact figures. The three leaders also agreed to present the details of their agreed-upon deal as a surprise proposal from the Turkish delegation the next day.

According to "Welt," Merkel and Rutte agreed that Europe would accept 150,000 to 200,000 Syrian refugees from Turkey per year. In the final document of the summit, the EU and Turkish leaders agreed to a "credible voluntary humanitarian admission program with Turkey."

The information in the report came from multiple sources who were involved in the negotiations.

The deal reached between the EU and Turkey outlined a seemingly simple exchange where one migrant would be repatriated from the EU to Turkey in exchange for every Syrian refugee the bloc accepted from Turkish camps.

At the time, the EU states and Turkey agreed to implement resettlement quotas that were agreed upon in 2015. Originally, 22,500 available places were promised for refugees to be resettled in Europe from Turkey.

The summit's final statement advises that the deal "does not establish any new commitments on Member States as far as relocation and resettlement is concerned."

The report is part of research conducted by "Welt" journalist Robin Alexander for his upcoming book - "Die Getriebenen - Merkel und die Flüchtlingspolitik" - about the decisions made by Merkel and her government that formed her refugee policies.

Denmark has joined a growing list of countries to block Turkey's attempts at political campaigns in Europe. Germany's interior minister says there could be legal avenues to bar entry to referendum campaigners. (12.03.2017)