Report: Jump in number of jihadis traveling from Germany to Iraq, Syria

A report has found that more than 900 extremists traveled to the Middle East from Germany. The revelation comes amid growing concern from German officials over domestic terrorism. 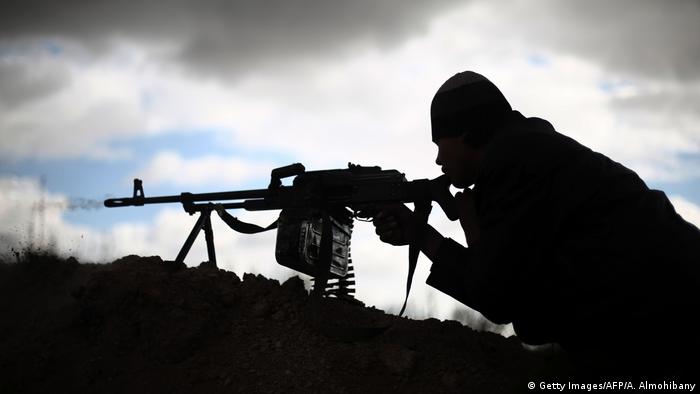 Weekly news magazine "Der Spiegel" reported the increase in the number of homegrown jihadis in their latest issue, not long after Germany's domestic intelligence service warned that Islamic extremism was spreading in the country.

The Federal Office for the Protection of the Constitution (BfV) said that 910 suspected jihadis had left Germany to travel to Iraq and Syria, a noticeable increase from the roughly 800 extremists reported about a year ago, "Spiegel" reported.

According to the government, a third of the jihadis have since returned to Germany, at least 70 of whom took part in fighting abroad.

However, "Spiegel" also noted that overall the rate of militants traveling from Germany to Iraq and Syria has declined in comparison to previous years - a likely consequence of the so-called "Islamic State" (IS) terrorist group losing its foothold in much of the region.

Islamic extremism on the rise

In February, the BfV, Germany's domestic security and intelligence agency, said the radical Islamist scene had grown considerably in Germany, from around 100 people in 2013 to some 1,600 today.

The agency receives "between two and four credible tips about planned terrorist activity in Germany each day," the BfV said, likely due to the heavy coverage terror plots receive, as well as the increased accessibility to online extremists.

Of those 1,600 extremists, BfV chief Hans-Georg Maassen said that around 570 were "dangerous" - meaning they were thought to be capable of carrying out a terrorist attack.

A terrorist attack carried out at a Berlin Christmas market in December raised awareness within Germany of the growing problem of homegrown terrorism. For example, the government said that many of the 800 people who left Germany in 2015 to travel to Syria and Iraq were connected to so-called "hate preachers" based in Germany.

Refugees say they're concerned that alleged Syrian jihadists posing as migrants traveled the Balkan migrant route to plot an attack. In total, four suspects planned to strike the Germany city of Düsseldorf. (03.06.2016)