Germany's foreign intelligence agency gave important information to the US in its search for Osama bin Laden, according to a media report. Recent revelations of the agency's operations have prompted heated debate. 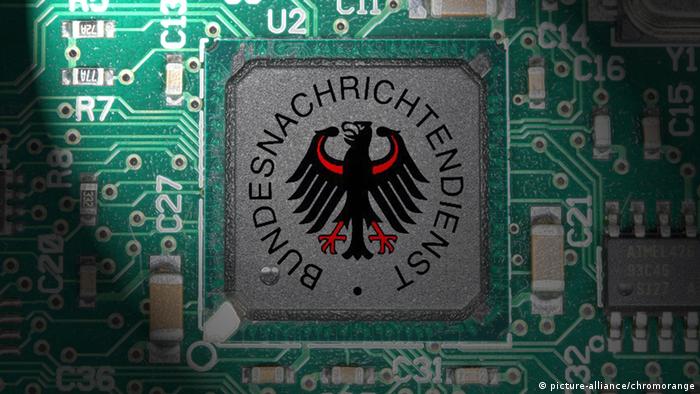 Germany's Bundesnachrichtendienst (BND) provided the United States with information as to the whereabouts of Osama bin Laden, before he was killed in May 2011 by US special forces in Pakistan, the "Bild am Sonntag" newspaper reported on Sunday.

It said the BND told the CIA that bin Laden was hiding in Pakistan with the knowledge of Pakistani security authorities - information it received from an informant within the country's Inter-Services Intelligence (ISI) agency.

This knowledge is said to have confirmed CIA suspicions. The newspaper reported that the BND provided help before the operation that killed bin Laden, using its base in the Bavarian town of Bad Aibling to monitor telephone and email traffic in northern Pakistan.

Asad Munir, a former ISI head in Pakistan's Khyber Pakhtunkhwa province, told DW the Pakistani government should release a report on bin Laden's death "So the people may know the facts and motives about Osama bin Laden's presence in Abbottabad."

"Unless this report is made public the speculations related to hunting and killing of Osama bin Laden will continue," he added.

German concern over own spies

The "Bild am Sonntag" report follows growing concern within Germany over the extent to which its own spy agency has helped the United States, particularly the National Security Agency (NSA).

Last week, it was reported the BND helped the NSA spy on European targets, including Europe's Airbus Group, the French presidency and the European Commission.

Germany's opposition has attacked the government of Chancellor Angela Merkel over the claims, saying it did nothing to stop the BND's alleged actions. They have also said officials lied about the prospects of a US-German "no-spy deal" before the 2013 election.

Earlier this week, Wikileaks published unclassified transcripts from a Bundestag inquiry into the two agencies' supposed mutual cooperation. The parliamentary inquiry was initiated in May 2014, to investigate US intelligency activities on German soil.

German Justice Minister Heiko Maas has called for a more comprehensive monitoring of the BND's activities.

"We need to bring the BND's entire activities into line through democratic controls," Maas told the "Welt am Sonntag" newspaper, adding that it needed to be established whether there was sufficient legal basis for the agency's operations.

"A good argument can be made that we need to formulate these standards more clearly," he said.