The new regulations would require new applicants to pass a security check before being recruited into the military. The goal is to prevent extremists from entering the military. 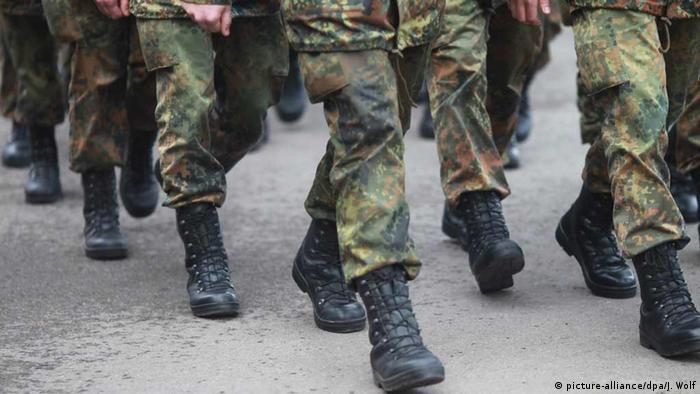 New recruits entering the German military will have to undergo a security background check starting in July of next year, according to a German media report on Sunday.

Citing security officials, "Welt am Sonntag" reported that the cabinet will adopt the change in the Military Personnel Act later this week.

Soldiers already undergo a security check by the Military Counter Intelligence Service (MAD), but only after they have entered the service.

The new regulation would require recruits to pass a security check before being recruited.

The goal of the new law is to prevent extremists from receiving weapons training in the army that could be used to carry out acts of violence at home or abroad, the newspaper cited a government document as saying.

The document also states there is the possibility an extremist recruit could attack fellow soldiers.

Berlin has said it's considering changing its position on conscription. The country is mulling new strategies to deal with possible security threats. (23.08.2016)

There is mounting pressure on the Bundeswehr to engage in military action abroad. Operations on home soil are also discussed. To be able to carry out those tasks, the Bundeswehr considers recruitment of EU citizens. (12.08.2016)

New mission for Germany's Bundeswehr in a time of terrorism?

Defense minister Ursula von der Leyen has paid a visit to the "Command Center for Territorial Missions" in Berlin. She underlined the Bundeswehr's readiness to assist police during domestic terror attacks. (03.08.2016)