Women and girl migrants coming into Europe face sexual violence on their journey, Amnesty says. An Iraqi woman claimed a security guard in Germany offered her clothes in exchange for spending time alone with him. 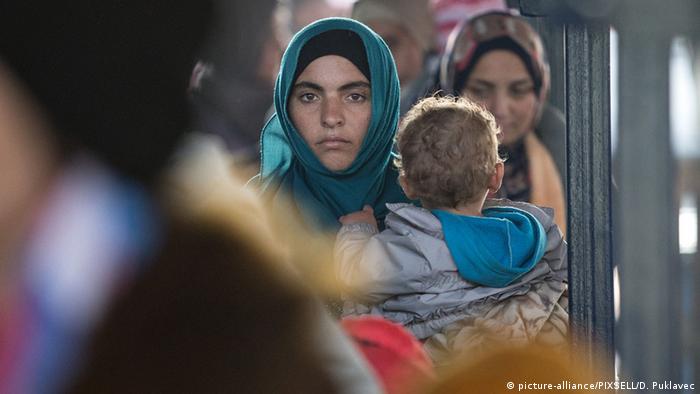 The report released Monday by the human rights group was based on interviews with 40 women and girls in Germany and Norway last month who had traveled from Turkey up through the Balkans to reach western Europe.

"After living through the horrors of the war in Iraq and Syria these women have risked everything to find safety for themselves and their children," Tirana Hassan, Amnesty International's Crisis Response director, said in a news release. "But from the moment they begin this journey they are again exposed to violence and exploitation, with little support or protection."

Women and girls traveling alone or accompanied only by children said they felt particularly under threat in Hungary, Croatia and Greece, where they were forced to sleep alongside hundreds of male refugees.

Harrowing stories, in their own words 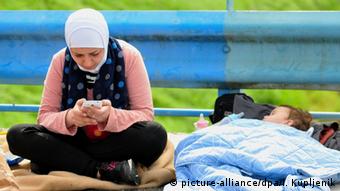 Some women said they experienced direct violence from other refugees, as well as by police, particularly when tensions rose in cramped conditions.

Women at refugee camps reported having to use the same bathroom and shower facilities as men, and some said they did not eat or drink to avoid visiting shared toilets.

A 22-year-old Iraqi woman told researchers that a uniformed security guard in Germany offered her clothes in exchange for spending time alone with him.

"I never got the chance to sleep in settlements. I was too scared that anyone would touch me," Reem, a 20-year-old from Syria, who was traveling with her 15-year-old cousin, told Amnesty.

"The tents were all mixed and I witnessed violence... I felt safer in movements, especially on the bus, the only place I could shut my eyes and sleep. In the camps we are so prone to being touched, and women can't really complain and they don't want to cause issues to disrupt their trip.”

Aid workers say violence is harder to prevent because of an ad hoc system for receiving and registering refugees in European countries.

"One of the challenges we have been facing is that it is taking a long time for the international community, and by that I mean governments, to wake up to this crisis and to realize that it is not something that they can wish away," Jenny Becker, protection coordinator with the International Rescue Committee in northern Lesbos in Greece, told The Associated Press.

Women from Syria suffer from a myriad of abuses in the workplace and at home as they struggle to support their families following the death or abduction of the men in their family. Mat Nashed reports from Beirut. (21.12.2015)