Renewed debate over possible Merkel candidacy to lead UN | World | Breaking news and perspectives from around the globe | DW | 17.02.2016

With the end of Ban Ki-moons tenure as UN Secretary General approaching and German Chancellor Angela Merkel facing difficult times at home, her name keeps popping up as a possible successor. 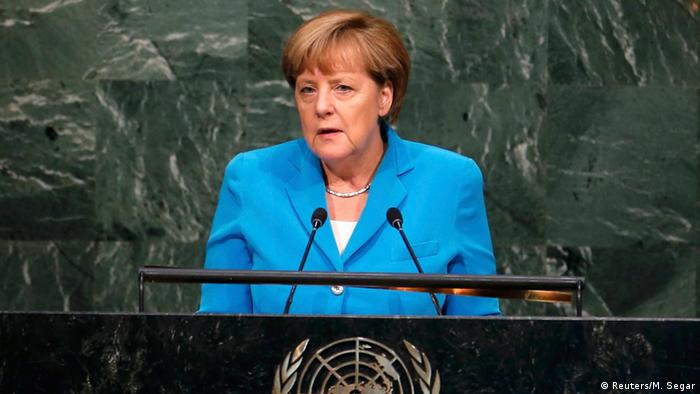 The idea surfaced again just as Chancellor Merkel was preparing for a delicate mission to Brussels this week to try to convince at least a few other European nations to help ease the burden Germany has been aching under since it took the unprecedented step of opening its doors to refugees.

An#link:http://www.nytimes.com/2016/02/15/opinion/why-angela-merkel-could-lead-the-un.html?_r=0:opinion piece# in the New York Times by a former communications aide to United Nations Secretary General Ban Ki-moon named her as the perfect choice to be his successor when his term runs out at the end of the year. The article, including a graphic featuring the famous Merkel's rhombus with the world in its middle, listed all the reasons why "there is a compelling logic in favor of a Merkel candidacy."

She is female, hails from Eastern Europe, understands Russia and could mediate between Russia and the US. Through the refugee crisis she has also shown her humanitarian side which coupled with her undoubted leadership skills, displayed, for instance in the eurozone crisis, makes her much more than just an attractive candidate.

"This new, multipolar world where conflict transcends national boundaries is a hugely difficult one to navigate, but if anyone can meet this challenge, it could be Germany's chancellor," concluded the op-ed.

While the New York Times article was arguably the most glowing call for Merkel's candidacy yet, it was certainly not the first time her name was bandied about in international media. Just last month, her candidacy was labeled a "wildcard" by the Financial Times. And in September, Bild, Germany's biggest tabloid, ran a piece "Will Merkel become the new UN Secretary General?"

While Merkel herself has not addressed the rumors about a possible candidacy, international UN experts agree that she would make a great candidate.

"From her qualification, she would be an excellent secretary general," said Jan Wouters, director of the Leuven Centre for Global Governance Studies at KU Leuven. "She would tick a number of boxes that I think the UN would be very very strongly served with."

"Angela Merkel would be excellent as UN Secretary-General," agreed Dan Sarooshi, professor of public international law at Oxford University. "She would bring a real gravitas to the role that when combined with her backbone of steel and commitment to peace and security makes her one of the standout candidates."

"I would say that she would certainly be a formidable candidate," said Thomas J. Biersteker, professor of international security at The Graduate Institute, Geneva, "someone with proven capability to lead and manage, with extensive political skills, and someone representative of two of the characteristics being sought (a woman from near to eastern Europe, or formerly part of eastern Europe)." 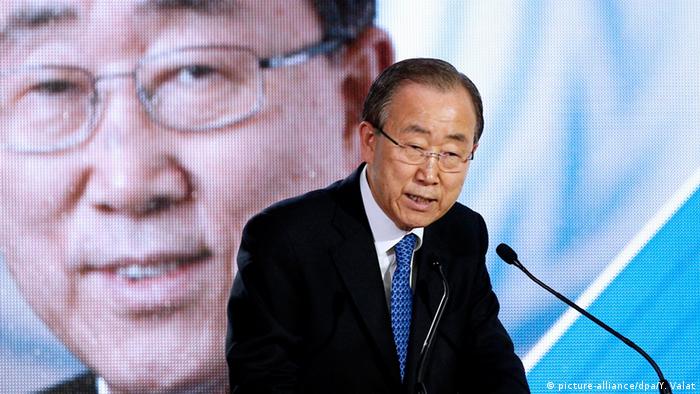 Compared to the glowing response, a potential Merkel candidacy, draws from international observers, Thorsten Benner, the director of the Berlin-based Global Public Policy Institute, offered a more reserved perspective on the issue.

"It's a nice debate for journalists and observers to have, but it's not a very serious debate," said Benner who shares the assessment that Merkel is qualified for the job. "If you take a sober look in terms of how attractive this position would be for Angela Merkel you quickly come to the conclusion that this is not a particularly attractive position for her."

"All the secretary general has is the power of words," he added. "She has never been a person known for speechifying and having a particular liking for making grand public announcements."

While it is certainly true that the job of UN Secretary General entails a lot less formal political power than her current position as German chancellor, that may not necessarily be a knock-out criteria.

"It is a very very different job compared to that of the position as Bundeskanzler, but maybe that could be something for which she is looking for," said Wouters. "I don't know her and I don't know what it means if you spent so many years at the highest level of German politics, but I could imagine that at a certain moment, you long for a different kind of challenge."

First, the heavily politicized and drawn-out nomination process itself. And second, "whether the P5 (the five permanent members of the Security Council, the ed.) are ready for someone with the degree of capability and independence she would bring to the office," said Biersteker.

What's more, notes Benner, "it is very hard to achieve real results as UN Secretary General on the big crises of the day that are driven by geopolitical confrontations."

For Wouters', this is exactly why Merkel may be the right fit at the UN.

"The big problem and challenge for the UN in my view is it threatens to become irrelevant", he said. "The world is currently in such bad shape that we may well be at risk of seeing the whole global framework that was carefully constructed after World War II erode. There are so many important things to be done at the global level that we need people like her in a certain way."