When the men began returning home from the war, they faced women, who had helped clear their bombed cities, and in between, had taken care of their children and managed their households. The traditional image of a woman's role no longer corresponded to the reality in postwar Germany.

"These women accomplished a lot in the postwar period and I think they had become very independent and self-assured," Bab said.

At the end of the 1940s, when more and more men returned home from their captivity, the divorce rates increased like never before.

"They were two to three times higher than before the war, because a lot of men couldn't cope with having self-confident wives and they expected the traditional role for a woman," Bab said. 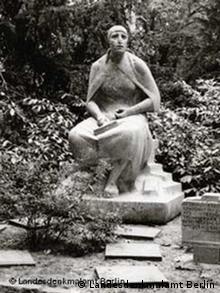 This Trümmerfrau monument was erected in a park in Berlin

But some women simply gave up and returned to their traditional roles. According to Bab, the daily struggle for basic needs had exhausted women, no matter how much they had accomplished.

"Many women certainly didn't have the strength and the energy to deal with the men and fight in another form to assert themselves," she said. "That's how I would explain the fact that part of these self-confident women once again complied with their husbands' wishes, because the times were hard and they wanted to bring these hard times to an end."

"Cologne as we know it today would not have been possible without the Trümmerfrauen," said Josef Müller, one of Cologne's mayors. Born in 1938, he himself was the son of a Trümmerfrau. "It was really an unbelievable accomplishment," he said.

According to Müller, there was a strong feeling of a new beginning in the air.

"You really can't imagine it today," he said.

Käthe Lindlar also remembered the high spirits at the time.

"We didn't see it all that dramatically," she said. "You had the feeling that now things are going to get better again, we’re doing something and we’re going to make it. It was very optimistic and we were really in high spirits."

Credit where credit is due

On the 60th anniversary of the end of World War II, there are so many reports about men: generals, who ended the war, soldiers, politicians who came into power and businessmen who built up the economy. There are endless stories about men like Eisenhower, Truman, Churchill, Adenauer, or Thyssen.

But Germany would not be what it is today without its Trümmerfrauen -- a generation of women marked by hardship and need, but also strength.

Some cities, like Berlin, have erected statues to honor the city’s Trümmerfrauen. A similar project is planned in Cologne. But why has it taken 60 years to give these women the recognition they deserve? 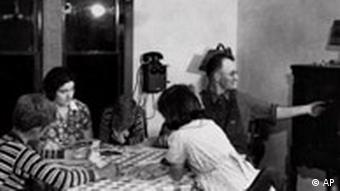 "One really could have done something sooner," Müller said. "But maybe the awareness wasn’t there."

He said that for these women, clearing the debris simply went without saying.

"They didn’t expect to get any sort of monument, no one thought of it," he said. "It was simply natural that you did what you had to do to make your city livable again."