Hundreds of Turkish activists from the Gaza aid flotilla arrived in Istanbul after being held in Israel since Monday. A large crowd of supporters turned up at Istanbul's airport to welcome them home. 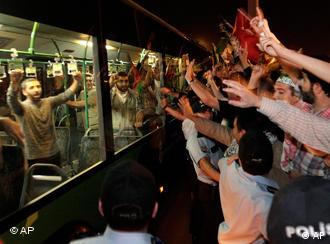 Hundreds of Turks arrived back in Istanbul early Thursday

Three planes carrying nearly 500 activists from the Gaza aid flotilla arrived in Istanbul early on Thursday, and were welcomed by a crowd of supporters, many of whom waved Palestinian flags and shouted anti-Israel slogans. 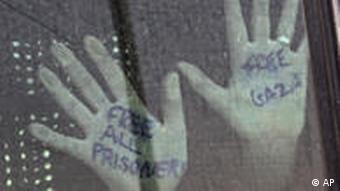 All of the temporary activists have been released

The activists had been held in Israel following Monday's raid on the Gaza-bound convoy of ships that claimed to be on a humanitarian mission. Most of the activists were Turkish, but participants from at least 38 different nations were also involved, including Israelis, Palestinians and more than 100 Europeans.

Coffins containing the bodies of nine people killed in the raid were also on board the planes from Israel. According to Turkish television station NTV, forensic tests have confirmed that all nine were killed by gunshot wounds. Four of the victims have been identified as Turkish citizens.

Turkey's deputy prime minister, Bulent Arinc, was among those on hand to welcome the activists. He said diplomacy had succeeded in getting the activists out of Israel, but that the issue was not yet closed.

"Israel will be asked within the framework of laws to pay for the murders it has committed," Arinc said.

The incident has triggered a serious diplomatic row between Israel and Turkey.

Turkish Prime Minister Recep Tayyip Erdogan has called for Israel to be punished for what he called "state terrorism."

Israel, however, is placing the blame squarely on the activists for instigating the violence on board the biggest of the convoy's ships, the Mavi Marmara. 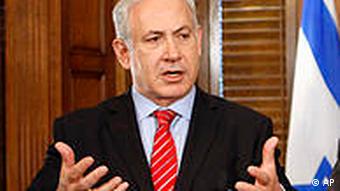 Israeli Prime Minister Benjamin Netanyahu defended the decision to enforce Israel's blockade of the Hamas-run Gaza strip, arguing that lifting the embargo would turn the Palestinian enclave into a base of Iranian missiles.

He also told a news conference in Jerusalem that Israel would continue to "scrutinize each ship that approaches Gaza."

Meanwhile, the United Nations' Human Rights Council has condemned Israel for the attack on the flotilla. On Wednesday, the 47-member body passed a resolution to establish a fact-finding mission into possible violations of international law.

Israel has refused to cooperate with previous probes ordered by the council.

Among the Germans already back home are Inge Hoeger and Annette Groth, members of the Left party in parliament.

Hoeger said the women on the ship were quickly shut in a lower level of the ship, the so-called 'women's deck,' during the night.

"We couldn't get out, we didn't know what was going on above because we were locked in," she said. "We put on our life vests and eventually we figured out that the ship was occupied, that the Israelis had taken it over." 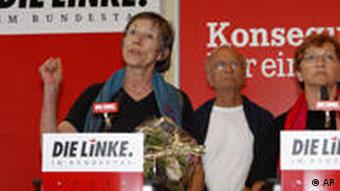 Hoeger and her colleague Groth said they did not know who had shut them in - the organizers of the flotilla or the Israelis. After they were let out they were searched, handcuffed and brought to the port in the Israeli city of Ashdod. There they were allowed to contact the German embassy, she said.

Thousands gather at the funerals of those killed on the Gaza aid flotilla (03.06.2010)