Reintroducing the Jewish story into Mosul′s history | Middle East| News and analysis of events in the Arab world | DW | 27.10.2020 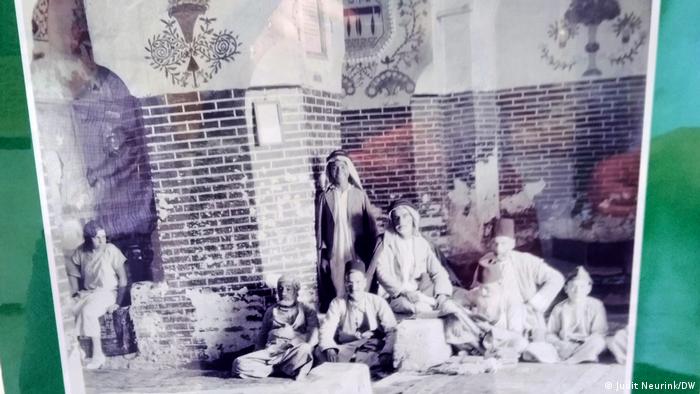 A virtual museum with memories of Mosul. That is what Mosul historian Omar Mohammed is creating as he collects stories and documents about the forgotten Jewish past of Iraq's second city. Without it, its history will be incomplete, and people will make the same mistakes all over again, he says.

"We had a massacre here in 1958. People were killing each other in the streets, communists against nationalists. Because it was recorded poorly and in a biased way, those criminals later became leaders, heroes. It shaped the political spectrum of Mosul." And that fed indirectly into the emergence of the radicals of so-called "Islamic State" (IS), or ISIS, as Mohammed consequently calls them.

That was why in 2014, during the IS occupation, Mohammed set up Mosul Eye, a weblog telling the world about the atrocities committed by members of the militant group. "I did not want future generations of Mosulis to find the same gaps in their history that I did," he says. Gaps like his city's Jewish story, which he only discovered after he started his research.

Iraq's Jewish population, some 150,000 people, started leaving the country because of discrimination and persecution under Baghdad's pro-Nazi regime during World War II, and after the founding of the state of Israel.

Even though Iraq did not share a border with the new state, it still sent soldiers to fight and die there. In the early 1950s, two-thirds of Jews left under a special law that forced them to leave all their possessions behind. Today, there are hardly any Jews left in Iraq — and those who remain, do so hidden under the cover of past conversions. Their history is forgotten, their quarters derelict from neglect. 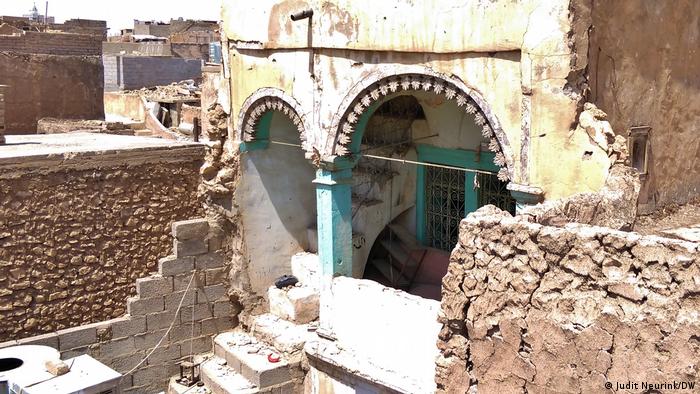 The Jewish quarter in Mosul

Mohammed wants to reintroduce the Jewish people into Mosul's history because of the importance of diversity for peace in his city.

There were only 15,000 Jews here before the exodus, far fewer than the 100,000 in Baghdad. "What harm could those people have done?" Mohammed sighs. But painfully aware of their small numbers, they felt a powerful need for protection.

"When you live in constant fear…" he says, noting that he knows that feeling well from living under IS occupation. "It's horrible when you have to think about your safety every day."

Wanting to give these mostly forgotten Mosulis a face and a voice, he has collected documents from all over Europe. French, Ottoman and British, they include lists of names, details about the social and economic situation of the Jewish element, correspondence, maps, and even the plans for the Sassoon Synagogue in Mosul, which is now partly in ruins.

Mohammed also spoke to members of Mosul's Jewish community who now live abroad — in Haifa, Tel Aviv, Europe, and the US — and still remember the city as it was before they left. But he is in a hurry because of their age. When they die, their stories will, too. 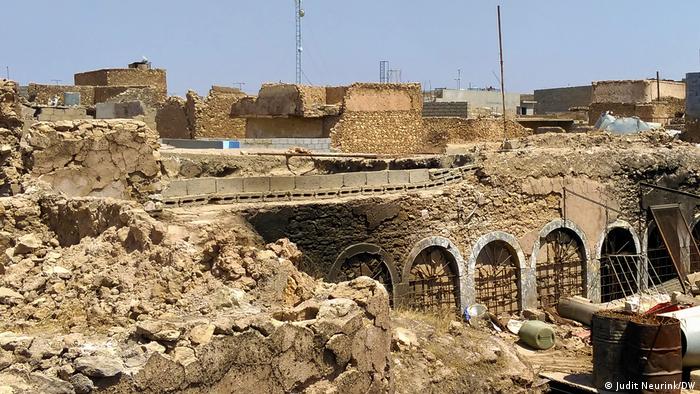 The remains of the Sassoon synagogue in Mosul, Iraq

Mohammed notes that most Jews were on good terms with others in the community, including the city's elites, and often had Christian and Muslim business partners. This includes Dena Attar's father, who was born in Mosul in 1914, the son of a Jewish spice merchant and a Kurdish-Jewish mother. Attar says she began a conversation with him by mail in the 1980s, when he lived in Israel and she in London, about his life in Mosul.

He left before World War II to study in London, but only because his father's elder brother, who was a rabbi, had decreed that making him leave school to work in the business at the age of 12 would be "a sin."

As the city's Jewish schools could only provide an education to a certain level, Attar's father also attended a Muslim school in Mosul. From his stories, it seems the different faith groups mixed, which also led to incidents. Like when Jews would walk barefoot on Yom Kippur and youths would throw glass onto the streets. But while the Jews of Baghdad were victims of a pogrom, the Farhud, in 1941, the Mosuli Jews were able to protect themselves, because a Jewish telegraph clerk was able to warn his community.

"He was very proud of his parents," Attar recalls of her father. "They were both illiterate. But my grandfather would travel all the way to Saudi Arabia to sell his special ointment for camels, and even learned the local dialect!"

Attar says that because Iraq was a foreign invention, nationality did not mean much to her father. "He identified very much as a Jew." Her father died aged 89 in 2003.

To preserve stories of this kind, Mohammed recorded the interviews he conducted on Zoom, edited them, and added context. Together with the digitalized documents, they will make up his museum in the cloud, which will provide researchers with a treasure trove of new material. The historian, who has moved to Europe for safety reasons, has no funding or assistance of any kind, and is working on his virtual museum in parallel with writing his Ph.D. thesis.

Mohammed sees his museum first and foremost as a gift to his city. "It will be dedicated to the society of Mosul. So we have a correct narrative to hand on to the next generation. Because we cannot allow ISIS to happen again."

Opinion: Small farms are the future of food systems