Police suspect xenophobic motives after the mayor of Oersdorf was struck on the head with a club. Joachim Kebschull had been receiving threats for months. 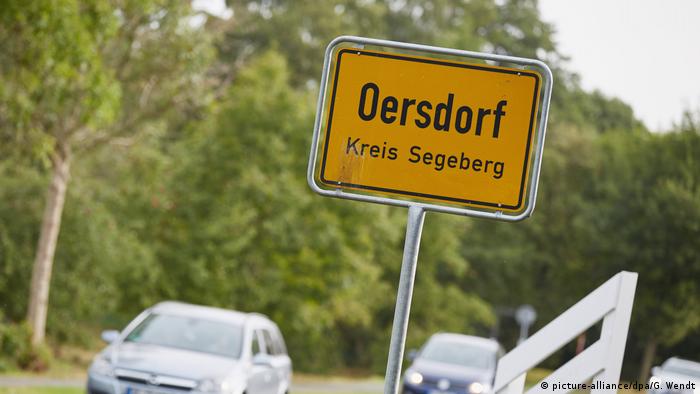 The mayor of a small town in northern Germany was beaten by an unknown attacker, likely over his plans to establish refugee housing in the area, authorities in Oersdorf said on Friday. Mayor Joachim Kebschull, 61, lost consciousness and had to be taken to a local hospital after he was hit over the head with a blunt instrument on his way to a town planning meeting.

According to police, the mayor had reported receiving a number of threats in the run-up to Thursday's attack. He was sent letters bearing slogans such as "Those who don't want to listen will have to feel it," and "Oersdorf for Oersdorfers" for months.

Because of these xenophobic messages, investigators said that they were seriously considering the possibility of right-wing political motives for the attack, but that they hadn't ruled anything out yet.

A police spokesman said the most puzzling aspect of the crime was that six officers were on duty to guard the meeting, but that the perpetrator exploited the brief moment when the mayor disappeared out of sight to collect his laptop from his car.

Xenophobic attacks against refugees and refugee housing have seen a sharp uptick in Germany as the country struggles to integrate the roughly 1 million refugees it has taken in during Europe's migrant crisis.

The EU's migration commissioner has called on member states to "take up their responsibilities" towards refugees. But staunch opposition from the Visegrad group may block advances on resettling refugees across the bloc. (28.09.2016)

Berlin police have shot dead an Iraqi father of three after he attacked a man in custody accused of sexual abuse. The incident has underlined concerns over mass refugee shelters - though authorities say they are rare. (28.09.2016)