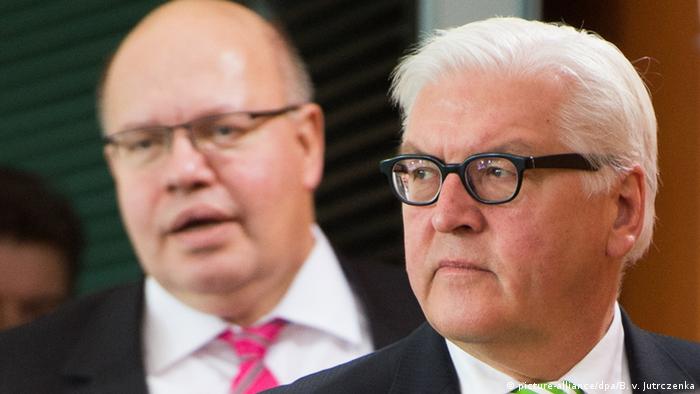 Peter Altmaier and German Foreign Minister Frank-Walter Steinmeier issued veiled warnings on Saturday to eastern members such as Poland, Hungary and the Czech Republic that their aversion to accepting refugees could come at a high cost.

In a majority summit decision in September, EU leaders voted to redistribute 160,000 refugees from Greece and Italy to other EU nations using criteria such as their size of population and economy. The move was approved over the dissent of a number of countries.

European solidarity was "not a one-way street," said Steinmeier, referring to EU treaty commitments signed by members during accessions to the 28-nation bloc and Brussels' option to file breach of contract lawsuits at the European Court of Justice.

"If it can't be done any other way, then things will have to be clarified using judicial means," he told the German news magazine "Der Spiegel."

"Europe is a community based on law in which someone's word once given counts," Steinmeier (pictured with Altmaier above) said, adding that legal action was "not pleasant but sometimes necessary." 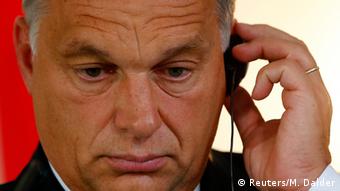 Hungary's populist Prime Minister Viktor Orban told the right-wing Czech newspaper "Lidove noviny" on Saturday that it must have been clear to "even to the simplest person that we should not allow such a mass of people to march into our lives without controls."

To do nothing would exhibit a "suicidal tendency," he said and went on to defend Hungary's pursuit before the European court of its own lawsuit against migrant reallocations, similar to a lawsuit filed by Slovakia in early December.

Left-wing parties in Europe were behind the arrivals that surged in August, said Orban whose government in September began fencing off Hungary's border segments with Serbia and then Croatia to keep out migrants.

"We have the suspicion that in Europe secretly or behind-the-scene [migrant] voters are being imported," said Orban, telling "Lidove" that most migrants, if given citizenship in Europe, would vote left.

"Our befriended neighbors in eastern Europe will soon have to recognize that every modern country that wants to prevail amid globalization cannot ignore migration," Germany's Altmaier told the Munich-based news magazine "Focus" Saturday, adding that he preferred not to resort to "threats" or "extortion" of nations within the European Union.

The EU would not, however, endure long term "without a "sensible, common, binding distribution" of refugees, Altmaier said, adding that European Commission President Jean-Claude Juncker was determinedly battling for burden sharing among the bloc's member states.

Altmaier heads Chancellor Angela Merkel's Berlin chancellery and since October has had the special task within the cabinet to coordinate Germany's handling this year of the 1 million asylum-seekers expected to enter the country.

German states are paying close attention to federal migration policy as the country's 16 states provide accommodation and services for asylum-seekers in Germany while their asylum applications are processed. The issue has also been a hot topic among Germans and of particular interest to three German state premiers up for election in March. 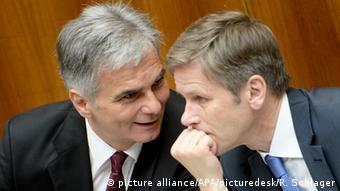 Austrian Chancellor Werner Faymann had issued a similar warning Thursday, telling the German newspaper "Die Welt" that "whoever ends up with more money out of the EU budget than who pays in should not simply duck [responsibility] over a fair distribution of refugees."

The EU's Lisbon Treaty - adopted in 2007 and effective from 2009 - calls in Paragraph 78 for the EU to "adopt a common policy on asylum," including common procedures and standards, that "must be in accordance" with the 1951 Geneva Convention on Refugees.

"We are discussing how such system can be conceived," Altmaier added, referring to close consultations with Faymann's chief of staff, Josef Ostermayer.

The warnings from Germany and Austria, which have stemmed the arrivals of mainly Syrian war refugees in Europe this year, relate to this week's inconclusive Brussels summit at which EU leaders said implementation of refugee policy had been "insufficient and has to be speeded up."

So far, however, only 1 percent of asylum-seekers have been relocated and hardly any have been accepted by Poland, Hungary, the Czech Republic or Slovakia.

Reuters news agency noted as the summit concluded Friday that although 11 refugee reception "hotspots" were planned by the EU only two were functioning. 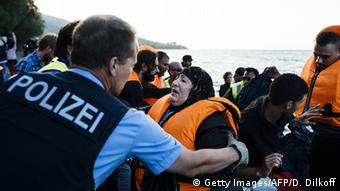 Greece has seen traumatic arrivals and deaths of refugees

At Thursday's summit, leaders also delayed contentious plans to enforce a common border and coastguard setup along the bloc's outer frontier - to safeguard its fragile passport-free Schengen zone - until the Netherland's six-month EU presidency, which begins in January.

The EU's border control agency, Frontex, said from its Warsaw headquarters on Friday that 375 additional officials, finger-printing experts and translators and ships would begin a new interim operation on December 28 on Greek islands to track down people smugglers and check for falsified travel documents among migrants.

Frontex said of the 700,000 migrants who had entered the EU via Greece this year, only one-in-five had been registered.

The EU's current Luxembourg presidency said this week that on average 4,000 migrants reached Greece from Turkey daily, by risking boat crossings, despite the onset of winter.

Turkish media reported Saturday that 18 people had drowned overnight in the Aegean Sea while trying to cross from the Turkish resort of Bodrum to the Greek island of Kalymnos.

Another 14 people, including Syrians, Iraqis and Pakistanis, had been hospitalized with hypothermia after being rescued by Turkish coastguards, the Dogan news agency reported. 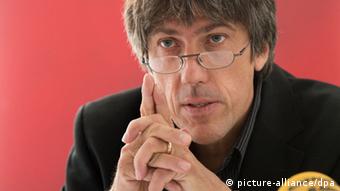 "There is no readiness in Europe to receive refugees on a large scale, " Burkhardt said, adding that Europe's system of values no longer seemed to function.

For people along the Balkan route the situation was dramatic and a further humanitarian catastrophe was looming in which more deaths would occur, he predicted.