Refugee camps not designed for refugees | World| Breaking news and perspectives from around the globe | DW | 09.10.2012

Refugee camps not designed for refugees

Refugee camps have to work fast to supply people with their basic needs. As a result they are set up according to a standard plan - which leads to problems for the daily life of the people living there. 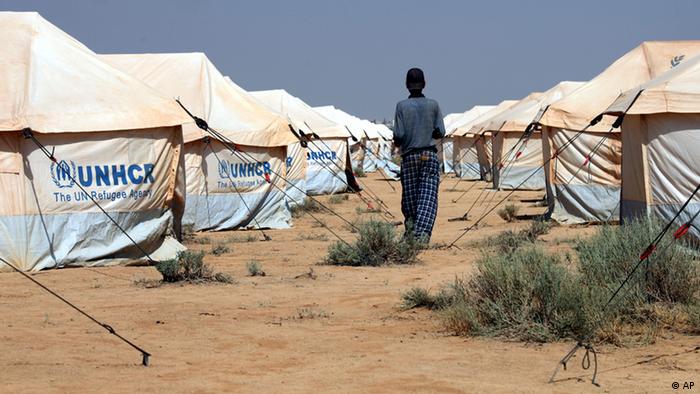 There were dramatic scenes in Zataari, the largest Jordanian camp for Syrian refugees, in early October: Jordanian police used tear gas against hundreds of refugees who had been repeatedly protesting against the miserable conditions under which they were living.

Some 30,000 people now live in the camp, which the UN refugee organization UNHCR runs together with other aid organizations in the middle of the desert near the Syrian border. The residents have found refuge there from the civil war in their country, and the UNHCR supplies them with their most basic needs: a place to sleep, a bucket for water, and medicine. Their lives are characterized by privation and boredom. They have no private space. If they want to eat, they have to queue up at the central distribution point in the hot desert sun. There isn't much to do. No one knows how long they will have to put up with this temporary situation.

Many refugees throughout the world are suffering a similar fate. According to the UNHCR's latest statistics, some three million people were living in refugee camps at the end of 2011. Most of them are in Sub-Saharan Africa or in Asia. 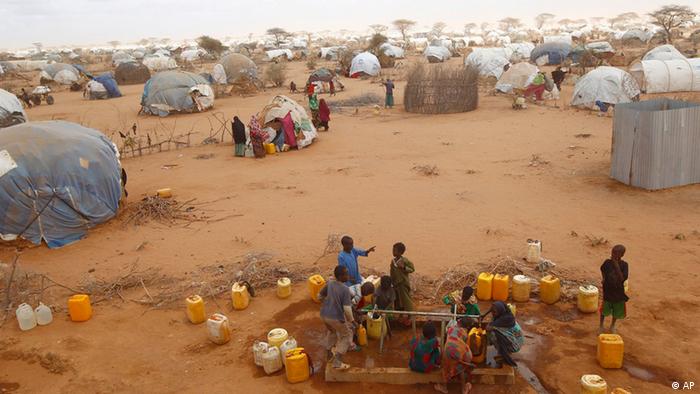 Survival instead of quality of life

According to the architect Manuel Herz, who has written a book called "From Camp to City," the problems stem from the way the camps are planned from the start.

"We have several hundred refugee camps in every part of the world and in every kind of climate zone, but the same plans are used to build the camps," says Herz. No account is taken of the specific conditions of the location, for example, the fact that it might be in a desert. The basis for the UNHCR's refugee camps is contained in the Handbook for Energencies, which defines precisely how much living space a family should be allocated, and how the tents, streets and administrative buildings should be laid out so that the residents are not too crowded and there are enough sanitary and medical facilities.

A camp is built up in modular form: the smallest unit is a tent for four to six people taking up 16 square meters (172 square feet). Ideally, it serves as a home for one family. These "households" are treated as a community, sixteen of these communities make up a block, and four blocks make up a sector. Each sector has a school, a market and a clinic. Four sectors make up a camp, which ideally should not house more than 20,000 people. Administration is strictly separated from the residential areas.

"The planning is very hierarchical and designed for functionality," Herz told DW. "Hygiene and security are very important, but what is left out of the equation are aspects of daily life, questions like: 'What do you do to enjoy yourself in the camp?'" 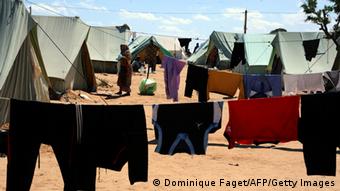 This becomes a real problem when the camp, as often happens, becomes permanent because a conflict that caused the people to flee continues. Herz sees the need for space for education, culture, political activity and leisure.

"The purely technical way of looking at refugee camps often turns the people into passive recipients of aid, and it makes them unable to live independently," says Herz. No account is taken of cultural or ethnic aspects, such as living in an extended family. Instead, the four-square design is based on the type of an ideal European city.

Not enough space, not enough work

The UNHCR is aware of the problem, but it points out that the standard plans allow them to plan to supply refugees with their basic needs as quickly as possible.

"In most camps, we do not have enough land," admits Jane Wanjiru Muigai, regional contact person for the UNHCR in Nairobi. "The land has to be donated by the government. If the land is too small, then it means we have to congest a lot of tents in a very small location."

In an attempt to create some sort of perspective for the future, the UNHCR builds schools for the children and places where people can do sports or meet each other. There are spaces where women can sew or cook together. And the people are encouraged to take an active part in running the camp.

But, given the large number of refugees and the limited finances the international community provides, it's not always possible to meet all the needs.

Muigai describes as one of the major problems that the adult refugees are unable to find work: "They are sitting idle and very frustrated." Many were traumatized by their experiences back home and suffered from the fact that they couldn't travel where they want - for that they would need permission from their host country.

Many people profit from the camps

Manuel Herz would welcome it if the refugees were more involved in planning their new homes, so that they could develop a society that could administer itself. The aid organizations would have to withdraw a bit.

"One shouldn't forget that many people profit from the refugee camps," he says - not just the refugees, but the aid organizations themselves. "They get more funding for every extra refugee camp; they can hire more staff and present their work internationally."

But Muigai points out that, in spite of the conditions, there is a very low rate of suicide - that's because, for all the problems, most of the refugees are full of hope that they will one day be able to return to their homeland.

Refugees to Europe can count their blessings - or not - depending on which country they arrive in. There are still major differences between the European Union states in asylum policy and standards at refugee camps. (05.10.2012)