′Referendum could undermine Ukraine′s election′ | Europe| News and current affairs from around the continent | DW | 13.05.2014

A large majority voted for independence in eastern Ukraine, at least according to the separatists. But Moscow has recognized the results, just to complicate Ukraine's presidential election, says analyst Liana Fix. 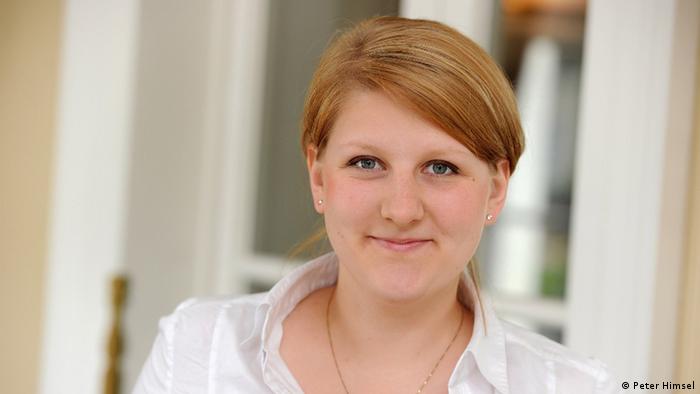 DW: How strong is the desire of eastern Ukrainians for independence from Kyiv?

Liana Fix: First of all, we have to be very careful with the results of the independence referendum, because in all probability the results are forged. There were many irregularities, and results announced shortly after the vote can't be seen as representative. But the result increases the legitimacy of the separatists on the ground and that was the main goal of the referendum.

The people in eastern Ukraine are angry with the government in Kyiv. Especially the anti-terror operations are seen very critically - that's why many people wanted to show their discontent. But the conclusion that a majority wants complete independence of their region or that they want annexation by Moscow can't be drawn from the result of the referendum. 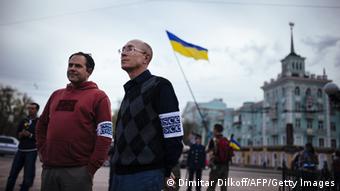 The OSCE observers were abducted in early May

But the separatists are talking of a republic within "New Russia" (Novorossiya). Could such an independent state survive at all?

Absolutely not. Only if it would be supported by Russia - politically, economically, and militarily, because the government in Kyiv has not signaled that it will end its anti-terror operations. That means the government still considers eastern Ukraine as part of its territory and it certainly will try to assert its authority, even if its authority was undermined by the referendum.

What effects will the results of the referendum have on the region? Could there be a knock-on effect in other parts of eastern Ukraine?

Some separatists claim part of southern Ukraine and there was the incident at the trade union building in Odessa. That means it is not certain that this will be contained to the region that just has declared independence. It is very likely that the unrest will spread. That makes it even more important that the confrontation comes to an end. And the pressure on the Kyiv government to negotiate with the separatists and maybe set up a round-table is increasing.

What possibilities to influence events does the West have? And if there is to be dialogue, who could be the partners?

That is difficult because you obviously don't want to negotiate with people who are responsible for the kidnapping of the OSCE observers. But de facto such people would be the contact persons. But we must understand that Russia still plays a very important role there and therefore Moscow is the main contact for negotiations. The situation should not be misinterpreted and seen as an inner-Ukrainian conflict. That would not fit the situation. Therefore Russia should still be imposed on to play a more constructive role. Because besides his announcement that the referendum should be postponed, he has done nothing to influence the separatists. That means that we still have to put Russia under pressure.

Russia is benefiting from the current situation, because it is giving itself more options. It can continue to support the separatists, it can recognize the independence, it can start to annex the region like it did in Crimea, or it can present itself as the protector of the region from Kyiv. The referendum has given Russia the legitimacy for all these options. 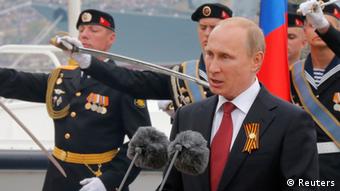 Putin has kept all his options open, says Fix

What effect has the independence referendum had on the Ukrainian presidential election at the end of May?

The leaders of the separatists have already announced that they won't take part in the elections. That means the referendum further destabilized Ukraine and it could possibly block the presidential election altogether. That is Moscow's main goal, because it is very unlikely that a pro-Russian candidate will win the election.

The elections can still be carried out, but if the regions of Donetsk and Luhansk decide to boycott the presidential election, then the government in Kyiv has a massive problem with its legitimacy - and obviously the newly-elected president will as well.

Liana Fix is a Ukraine expert at the German Council on Foreign Relations in Berlin. She is writing her doctoral thesis on Germany's role in European-Russian relations. She also works for the Center for Central and Eastern Europe at the Robert Bosch Foundation.

Organizers of independence referendums in eastern Ukraine are claiming victory based on early ballot returns. The vote has been described as a "farce" by Kyiv, but Russia says it respects the outcome. (12.05.2014)

A day after the unrecognized referendum in eastern Ukraine, EU foreign ministers, meeting in Brussels, are poised to impose new sanctions on Russia. They are also asking themselves if there is anyone left to mediate. (12.05.2014)

Opinion: New dominos and the path to 'New Russia'

The controversial referendums in eastern Ukraine are devoid of all credibility and lack any kind of democratic legitimacy, but they could spark a chain reaction, says DW's Bernd Johann. (12.05.2014)