Record number of women to contest Japan elections | Asia | An in-depth look at news from across the continent | DW | 16.07.2019 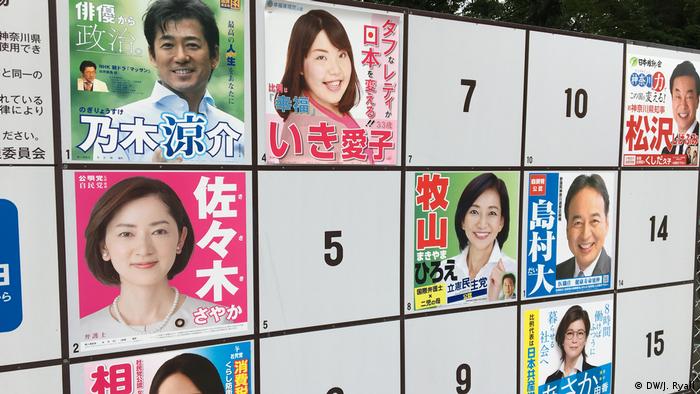 On July 21, Japanese citizens will vote for 124 representatives to the House of Councillors, the upper house of the "Diet," or Japan's parliament. Out of the 273 candidates, 104 are women, eight more than in the previous election for the upper house in 2016. The ratio of female candidates has also set a new record, accounting for 28.1% of the total number of participants for the upper house.

A study last year by the Cabinet Office of the Japanese government showed that the country ranked 15th out of the Organization for Economic Cooperation and Development's (OECD) 19 member states regarding the ratio of women in its upper house of parliament.

"The lack of female Japanese politicians has been a huge problem for many years and I would say it has been an international embarrassment," Mieko Nakabayashi, former politician and now professor of Social Sciences at Tokyo's Waseda University, told DW. 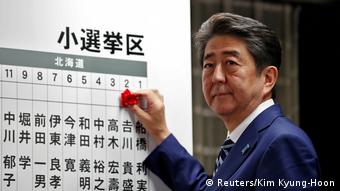 The latest increase in the number of female candidates is the result of a new law designed to give women more of a say in Japan's traditionally male-dominated political sphere. The legislation went into effect in May 2018 and was partly spurred by the low level of female political participation in Japan compared to other nations.

"Now, I think women will feel they have more of a choice when they go to vote. They will sympathize with female candidates who are standing for elections because they have had similar experiences in society here and women politicians may support policies that help women in society at large," Nakabayashi argued.

But the law is not binding and its clauses are only recommendations. Nevertheless, the initiative is still promising, according to Nakabayashi: "The law that was passed last year says that each party should make efforts to equalize the ratio of candidates and while there are no sanctions for the parties that do not reach that level, I still feel it is a positive development."

Read more: Japanese women struggle to have a voice in politics

The ruling parties are significantly less female-friendly, however, with the Liberal Democratic Party of Prime Minister Shinzo Abe putting forward just 12 women out of its 82 candidates. Komeito, the LDP's ally in parliament, has just two women among its 13 candidates.

"For a long time, politics in Japan has been all about a bunch of old men making the decisions, but now the parties - the opposition parties in particular - want to show that they are doing something different from what has been done before," Steven Reed, a professor at Chuo University who specializes in Japanese elections and political parties, told DW.

There has also been a change on the "supply side," he said, with more women stepping forward to contest elections. Changes at the national level are being reflected at the local level, with a record six women elected as city mayors in April and a further 1,239 women earning seats in municipal elections, also a record high.

"It's all about creating a new image and if your party is putting up women and young people, then they are going to stand out," he argued.

Will women vote for women?

Japanese women's concerns include education for their children, balancing their careers with family and achieving equality with men in terms of pay and responsibility in the workplace. They are also demanding support for people who are looking after elderly relatives. 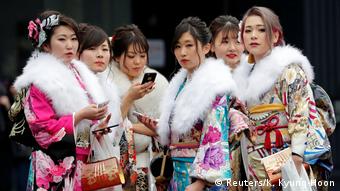 Women in Japan are bogged down by traditional roles

But regardless of the fact that women may identify with their counterparts in politics, analyst Reed plays down suggestions that women will vote for female candidates. Evidence indicates instead that voters in Japanese elections tend to support younger leaders when they are up against elderly incumbents.

Nevertheless, former politician and academic Nakabayashi is optimistic that women are going to get a fairer crack of the whip in Japan's political world in the years to come, although she accepts that a complete overhaul of the system here will not happen overnight.

"More women are already being elected and I think they are going to get more attention for their policies and activities going forward,” she said. "For this election, we will have to wait and see how they fare."