Rebooting the Catholic Church | World| Breaking news and perspectives from around the globe | DW | 17.12.2014

Christianity is alive and well - the Catholic Church isn’t. It still has a lot to learn, argues Life Links' Caroline. Baptized Catholic, the 22-year-old now calls an apostolic-charismatic church her home. 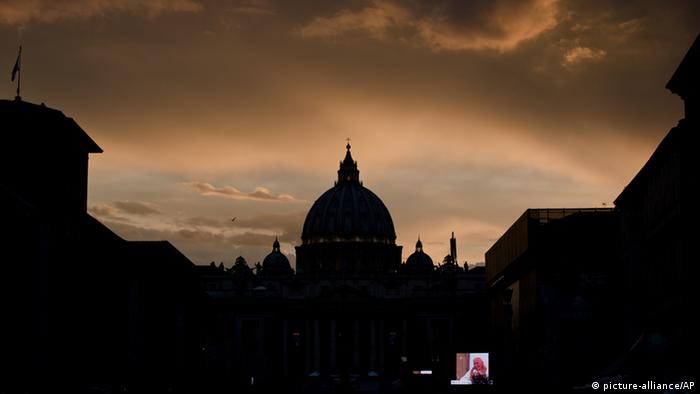 The Catholic Church to me is a lifeless institution. It is at least partly stuck in the Middle Ages and urgently needs to get itself a time machine, so that it can finally travel into 2014. And I’m not saying that as someone who believes Christianity is in a life-threatening coma, that it’s about to die and be gone, forever. In fact, I think it’s quite the opposite.

Going to church on Sundays is the highlight of my week. The reason I’m a Christian is that I found my belief gave me a degree of purpose and meaning that nothing else can. But despite being raised Catholic until I was eight, I would never in a million years make the Catholic Church my home. It makes it seem like being a Christian is all about letting a dusty institution impose a set of man-made rules on you that simplify life - and keep you from discovering faith on your own.

But perhaps the most obvious reason why the Catholic Church needs an overhaul is that its expectations are unrealistic. It imposes moral standards that are almost impossible for its supporters to continuously follow - standards to which it certainly does not itself adhere.

Catholics are not allowed to use contraception and they are strongly advised to support the church financially through a tax (Germany) or offerings - yet, the church has made headlines with cases of child abuse and money laundering.

But even if that very institution were to stick to the precise values it expects from others, the purpose of being a Christian is not to be stuck in an institution. It’s not about having a middleman between God and people - something that in itself is contradictory to the New Testament (John 10:27).

The purpose of being a Christian is to let one’s life be influenced by the powerful message that is grace and love. 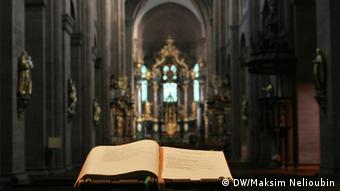 The Bible - not just a collection of gripping tales with no relevance to daily life.

I’m not interested in church traditions, old songs or viewing the Bible as a collection of fascinating tales that don’t have anything to do with my own life. The fun bit of Christianity is when it starts getting personal, when you say your first prayer - maybe a bit weirded out by the idea of talking out loud to a spiritual being that you can neither see, nor hear or touch, but desperately wanting to believe that there is more to life; a power that holds everything together. “God, I don’t know if you exist but I’ve messed everything up,” something like that.

Still, the fun really begins when you realize deep inside that God’s promises are as true today as they were when Jesus was alive, and when you feel how their impact strengthens you from the inside. It goes on as you look back at a really crappy time in your life realizing, “Man, how did I learn to kick ass so much despite the bullshit?” You should try it, it’ll make you never want to live without it again. Ever. The fun continues as you find you’re rooted in a community that challenges, supports and trusts you - no matter what.

These are the reasons Protestant, charismatic churches are closer to the pulse of 2014 and rapidly growing: they give 20-somethings a home and enough room to explore faith at their own pace - with all the questions and uncertainties this may bring. They engage people and take part in debates. Meanwhile, the Catholic Church has a larger-than-life attachment to traditions and rituals that sometimes end up clouded in controversy.

Institutionalizing faith distracts from living it

It’s not like the Catholic Church has never heard of these things. Already hundreds of years ago, Catholic clergy wrote that God created humans as independent beings with the ability to search for, question and praise God. Unfortunately, not much of that idea has made it into the Catholic Church as it currently is. 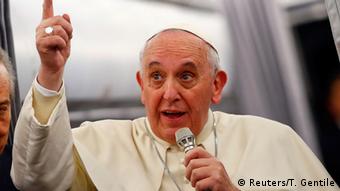 Pope Francis may think he has the answers, but is he really standing in the way?

Why do you need a Pope that gives you moral guidance and values when God has the answers? The whole point of Christianity is to get away from earthly influence and focus on something superhuman - something neither the Pope, nor a holy bunch of saints, are able to give, as much as they might like to. The rosary, the papacy, confession and the seven sacraments are all about institutionalising Christianity, but really they take followers away from the gospel.

In my experience, people have been searching for meaning, for relevance and for purpose across the ages, but they are certainly not finding it in the current Catholic Church. According to a study from the Pew Research Center, based in the US - the country with the largest Christian majority - 48 percent of Catholics who left the church did so before turning 18. On a more general note, “those who have left Catholicism outnumbered those who have joined the Catholic Church by nearly a four-to-one margin” in 2009.

Getting back on the agenda

I’m not saying the Catholic Church should allow itself to be influenced by society's values to boost its membership figures. Getting back on the agenda doesn’t mean it should neglect the very core of its biblical values. It would be close to impossible to make a case in support of sex before marriage, for example - which is forbidden by many Christian denominations. It’s still a church after all; it is still a pillar of moral authority. But it needs to stop being an institution that covers up sin and hides behind lifeless traditions. It must become itself a beacon of moral authority.

Faith has the potential to get people excited. Worshipping Christ can fill stadiums, transform lives and promote perseverance at times when things might seem hopeless. Being a Christian is not about adding weight and guilt to people’s lives; it’s about enabling people to find their purpose and live to their potential. That’s why I look forward to every single Sunday.