Thirteen South Sudanese UN contractors have been released a week after their abduction by rebel fighters. All 31 original hostages are now free. 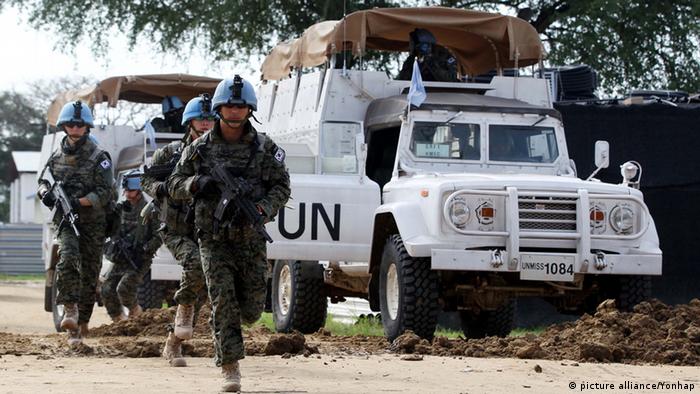 On Monday, both the United Nations and a spokesman for the rebel commander in the area confirmed the release.

Thirty-one members of the UN peacekeeping mission in South Sudan were seized last week - 18 Bangledeshi peacekeepers who were quickly released and the 13 South Sudanese contractors who were finally released on Sunday.

The UN workers were in a Nile River barge convoy when about 100 rebel soldiers seized them. The rebels claim to have believed the UN workers were delivering weapons to government troops and carrying their soldiers.

On board were 55,000 liters of fuel, as well as communications equipment and several weapons that were all stolen by the rebels. The barges were returned, the UN stated.

Rebels control the river's west bank while the government controls the east bank in South Sudan's Upper Nile state, one of the most heavily contested areas in the country's civil conflict.

Ellen Margrethe Loj, UN chief in South Sudan, expressed relief for the "safe release of all UN personnel" after the hostage she previously warned could "constitute a war crime."

Rebels have engaged in brutal conflict with the South Sudanese government for almost two years, despite a peace agreement between President Salva Kiir and rebel leader Riek Machar in August.

Tens of thousands of people have been raped, killed and tortured amid accusations of horrific war crimes by the African Union. Experts are warning of famine by the end of the year if the fighting continues and enough aid does not arrive.

A report released by the African Union earlier this week said the government and rebels in South Sudan committed war crimes, including forced cannibalism, mutiliation of bodies, and other human rights abuses. (30.10.2015)