The pope's apology for child abuses mollifies some but other readers demand more action in the aftermath of scandals in the Catholic Church across Europe. 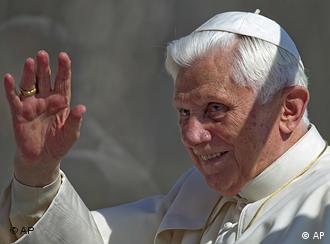 Maybe he should address one to himself! -- Robyn White, Australia

Time and again, clergy of all levels have admitted the cover-ups of the church in sexual abuse of children. They should practice what they preach; offenders should publicly confess their crimes and be made available for punishment by the courts. All sex-offending members of the Church should be expelled or imprisoned by the church and never allowed to interact with the public again. Whether you banish celibacy or not will not stop the problem. Many sex-offenders are also married with children of their own. To regain the trust of the people, the Catholic Church and as its leader the pope should stop trying to hide from the facts. The pope encouraged the lay-workers to confess and take their punishment from the courts, but neglected to hold the clergy to the same standard. Hypocrisy, thy name is the Catholic Church. -- Penny, US

Being a religious leader, the pope could not do more than he expressed in his statement. What is astonishing is the response of the states' agencies. Aren't they supposed to prosecute a crime whenever it is suspected? Why can one rapist or pedophile get a lengthy prison term, while another is immune from prosecution? All criminals should be treated equally. Their occupation is totally irrelevant. -- Borisz Szegál, Hungary

Not even a thousand apologies will do. This is nothing new and has been going on in the Catholic Church for many, many years. Transferring the pedophile priests from one diocese to another is not the way to tackle this problem. Defrock the priests for life and let them stand trial in whichever country. -- Vera Gottlieb, Germany

To be fair to the worldwide victims, the offenders shall be turned over to their civil authorities. -- Leon Bernotas, US

The Church should be taken to the European Court of Human Rights by the victims in Germany, Ireland and all over Europe. This action will be the only one that will make the Church seriously change its canon law of church hierarchy above all else. If the Church does not even respect the law of each individual member states - then this is what needs to happen. -- Paula, US