The 25th anniversary of the Chernobyl nuclear disaster and current events at Fukushima in Japan have prompted many Deutsche Welle readers to express their concern over the use of nuclear technology. 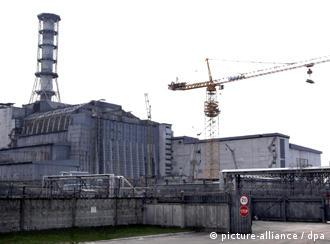 Disasters past and present have prompted readers to reconsider nuclear power.

What do you think of when you hear "Chernobyl"?

I think of the toxic rain. My brother was a little child and I wasn't born yet. My parents brought him far from my town for a week, to a region where it rained less. – Chiara, Italy

This was the year before I went from America to study in Germany. We tried, but could find no info at the German embassy about what effects the disaster might have for people like us moving to Germany (there was no response to my parents' letter). Such a tragedy. – Deborah, USA

The downfall of the Soviet Union. The independence of Ukraine. A heavy price to pay, but Ukraine has paid much, anyway. I hope this can all be fixed over time. – Walter

It's a lesson for man: Prometheus had extreme punishment for giving fire to man. Now a new "fire" has been created by him. And the cost is his own extinction. – Singalong

A horrible disaster, but definitely not relevant to the current nuclear power situation. Definitely overused by those who wish to scare the public. – Daniel, Scotland

Ukraine at the time was under the USSR. The explosion, due to negligence by nuclear experts, killed thousands of people and caused homelessness and property destruction. – Gustav, Tanzania

Should Russians be concerned about the safety of their nuclear power plants?

Everybody should be concerned about the safety of their nuclear plants! – Maria, Argentina

Nuclear plants are a concern everywhere around the world. Russians don't care what anyone thinks – especially their own people. – Roberta

Yes, of course. But, while we watch the easier targets, don't forget the responsibilities that other nations should adopt. Can we please focus on the more timely, destructive issue of atmospheric pollution? – David

Are you willing to pay more for green energy?

Until they are safely dismantled, reactors are a constant danger to entire regions around them. It is a real Looney Tunes industry. Even while the whole world was watching the Fukushima reactors exploding, Tepco was misinforming the public that it was "nothing to worry about; you can still eat the fish." Most countries just want reactors to be able to build weapons, and don't care if it is the people in their own country who will end up getting irradiated before anyone else. – Philip, Canada

Millions of people were affected physically and mentally by the reactor explosion in Chernobyl 25 years ago. Tens of thousands of people are estimated to still live in contaminated areas of Ukraine, Belarus and Russia. (25.04.2011)

Twenty-five years after the Chernobyl disaster, Eastern Europe is still clinging to nuclear power. The anti-nuclear movement is essentially non-existent, but experts say 'green' energy is still a viable alternative. (23.04.2011)