Oil supplies from Russia to Europe were disrupted this week, and the EU unfurled a revamped energy policy. DW readers wrote in with their thoughts and suggestions on Europe's energy woes. 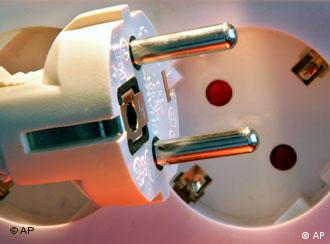 Alternative energy doesn't help much if we're still using lots of it, said one reader

I think that European countries should ignore Russian oil and look for oil somewhere else. Germany, don't you see that Russia is leading you like a bull by your nose? - Harijs 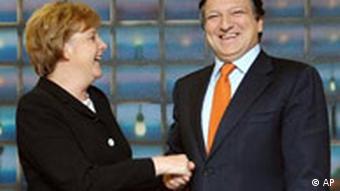 In the long view of European-Russian relations, it would be prudent to avoid any economic changes that would destabilize the Russian economy, as that would lead to political and social unrest which would not be in the security interests of Germany or the EU. While importing Russian fuel can contribute to the energy security of Germany and the EU, it would be prudent for Germany to continue increasing its use of green energy sources and nuclear plants. The French have proven that nuclear power plants can supply the bulk of energy for that country, and Germany most certainly can do likewise. Germany should move to increase its energy independence while avoiding disaffecting the Russians. Oil and gas lines are very easily cut. - William N. Powhida

If I were German I would have started to build a pipeline to Norway yesterday. Let the Russians keep their gas for themselves. - Peter Ström Götaland, Sweden

I figure Europe has two options. One is to keep making deals with oil suppliers, which would mean giving up more and more of its wealth and security. Or it could partner with the US and actually develop alternative energy sources in a massive effort similar to the Apollo program and the Marshall plan combined: that is, a massive research and development program and a massive infrastructure building program. Of course this makes too much sense, and neither Europe or the US actually want to share the risks and rewards of such a massive undertaking. What choice do we really have? As an American citizen, I know that whatever divides the US and Europe is immaterial compared to the very real, very dangerous differences between us and the oil exporting countries like Iran, Venezuela, Nigeria, Russia and Saudi Arabia. - Brian Kegerreis 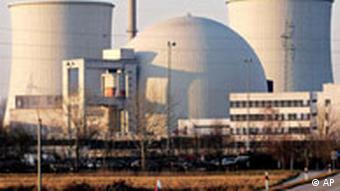 Germany needs to reduce its dependence on Russian natural gas. It also needs to stop paying subsidies to the coal mines in northwest Germany and end the "nuclear phase-out" scheme, which is a silly law. If Germany's energy policy were more like France's, it would not have problems with Russian gas dependence or with meeting CO2 emissions reduction goals. On the positive side, I do like the structure of the German transport system, which is much more efficient than ours in the United States. - Ruth Sponsler

Germany and the EU cannot avoid becoming dependent on Russian or North African oil and gas supplies because no one in Europe has an adequate amount of energy reserves to satisfy the demands of the EU. Norway, the biggest European producer and exporter of oil is no match to countries such as Russia, Algeria or even Libya concerning oil and gas reserves. Today, Russia is too big and important of an energy supplier to countries such as Germany. Even if Germany invested further in nuclear power plants, solar and wind energy and further, Russian energy will remain too important to the entire EU community. - Atilla A. Iftikhar