RB Leipzig's lack of a true center forward was cruelly exposed bare against Paris Saint-Germain in the Champions League. Despite a raft of chances Julian Nagelsmann's team failed to score in a disappointing 1-0 loss. 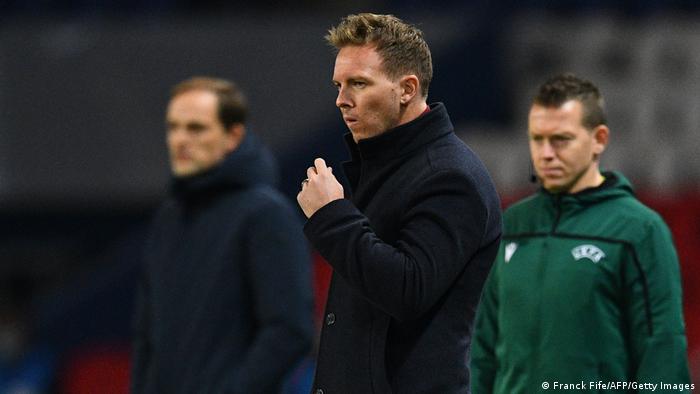 At the elite level, world-class clubs need an elite striker to consistently find the target.

And as Erling Haaland ran riot in Dortmund, RB Leipzig were left to lick their wounds after an impressive Champions League display against Paris Saint-Germain was let down by a lack of firepower up front.

Last season, Timo Werner's goals suggested Leipzig were on the verge of joining Europe's elite. Yet a failure to replace the German international may see them exit the tournament early this campaign.

Leipzig failed to turn a dominant performance into goals as an early Neymar penalty sealed PSG a 1-0 victory.

Julian Nagelsmann has experimented with a few different tactics to mask the loss of Werner's 34 goals from last season.

Yussuf Poulsen has often led the line, but has never been a prolific marksman, while midfielders Emil Forsberg and Dani Olmo have been deployed further afield as unorthodox strikers.

Yet both Poulsen and Forsberg were particularly guilty of spraying chances high and wide as Leipzig controlled play and created a string of opportunities following an early setback.

And Alexander Sorloth was once again left on the bench and failed to make an impact in the final 15 minutes. The €20 million signing was tipped to replace Werner but has so far struggled to settle in. 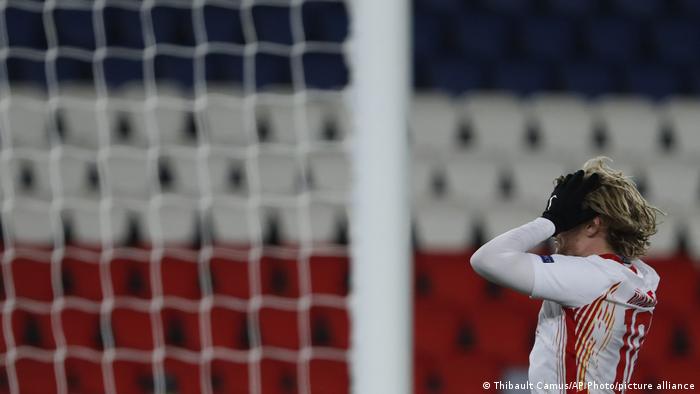 It doesn't help matters when your star center-back is also struggling for form. Yet another Dayot Upamecano error led to the opener as the Frenchman gave the ball away cheaps playing out from the back.

Angel Di Maria scampered into the box to win the penalty for Neymar to convert in the 11th minute, though Nagelsmann was livid with the decision to award the spot kick.

"The penalty was a joke, there was no contact," Nagelsmann told Sky as replays showed there was minimal contact from Marcel Sabitzer's challenge.

Yet while Leipzig were the superior team for the rest of the match, PSG were able to sit deep and soak up Leipzig's attacks with minimal fuss. 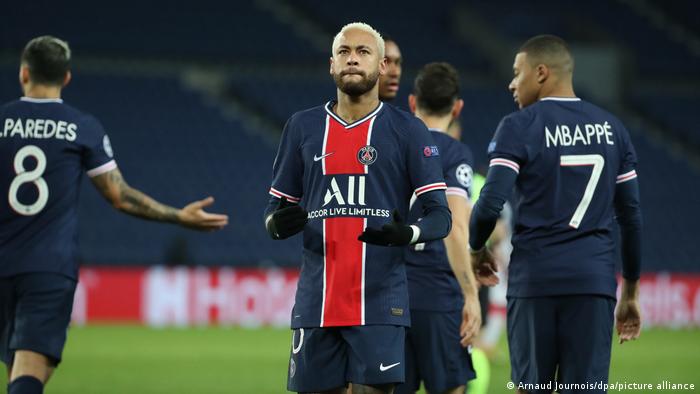 Neymar netted the decisive goal for PSG against RB Leipzig.

"We were the better team. PSG didn't have any chances outside the penalty," Nagelsmann continued.

"Now we have to win our remaining games and hope PSG don't win both of theirs."

The loss saw PSG leapfrog Leipzig into second place on goal difference. And with Manchester United all but guaranteed a spot in the knockout stage, qualification is out of the Bundesliga side's hands.

Despite the bullish front, Nagelsmann will be concerned his team couldn't transfer their dominance into goals and it's a problem that doesn't look like disappearing at this top level.

His management's failure to find him a true replacement for Werner could cost Leipzig a place in the Champions League knockouts and Nagelsmann will have to conjure up his own solution if he's to continue the club's rise on the European stage.