Indian police accused of incompetent handling of a New Delhi gang-rape and murder case have filed charges against an Indian television news channel for airing an interview with the victim's boyfriend. 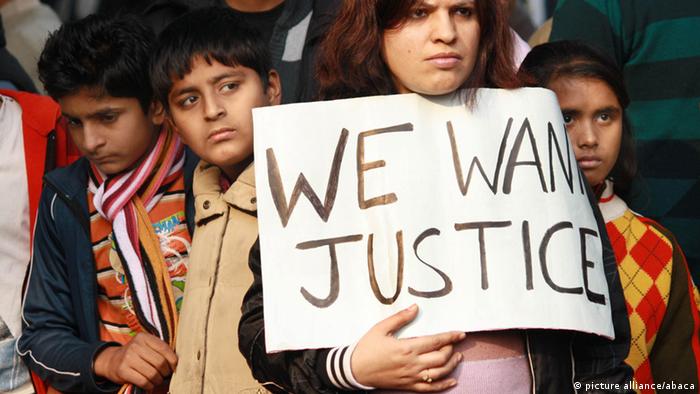 In the interview with the channel Zee News, the boyfriend accused police of arriving late at the crime scene and then delaying the woman's transfer to hospital while they argued over which police station should take responsibility.

Delhi police spokesman Rajan Bhagat said Zee News had breached section 228 A of India's Penal Code which bars the naming of rape victims without permission of the victim or relatives.

The Asia branch of the New York-based Committee to Protect Journalists (CPJ) urged police to "immediately drop their misguided" filing of charges.

"This is an instance of greatly misplaced priorities," said CPJ's coordinator for Asia, Bob Dietz.

Zee News' interview showed the boyfriend's face unobscured as he recalled the alleged gang-rape by a bus driver and five co-accused in south Delhi on the night of December 16.

The man said he and his girlfriend, a physiotherapy student, were left lying semi-naked on a roadside after being thrown off the bus by the attackers.

"My friend was seriously injured and bleeding profusely. Cars, auto-rickshaws and bikes slowed down but sped away. I kept waving for help."

He said the apathy continued after the police reached the scene.

"Police came in three police vans but instead of helping they argued over jurisdiction," he said. "I had to lift her myself and put her in the van."

Instead of taking them to a nearby clinic, the police took them to a government hospital further away.

"They could have taken us to hospital, given us clothes in that crucial one-and-a-half hours," he told the channel.

But, a senior officer from the area where they were found, Vivek Gogia, told a press conference, that computer logs showed that the police were on the scene six minutes after receiving a distress call and the couple were in hospital 28 minutes later.

The woman died on December 29 in a Singapore hospital where Indian authorities had transferred her for further treatment.

Outrage over the crime has run for three weeks in India, with widespread calls for measures to ensure women's safety and stricter laws.

The accused are due to appear for the first time on Monday before a south Delhi woman magistrate. Police are still trying to determine whether the sixth suspect is a minor.

DW takes a look at the violence and crimes committed against women - and the ways many people around the globe are fighting back. (05.01.2013)