'Rana Plaza' film ban: The two sides to the picture

"Rana Plaza," a Bengali film based on the 2013 garment factory disaster in Bangladesh, has been banned by the High Court in Dhaka. DW spoke to the writ petitioner as well as the filmmaker. 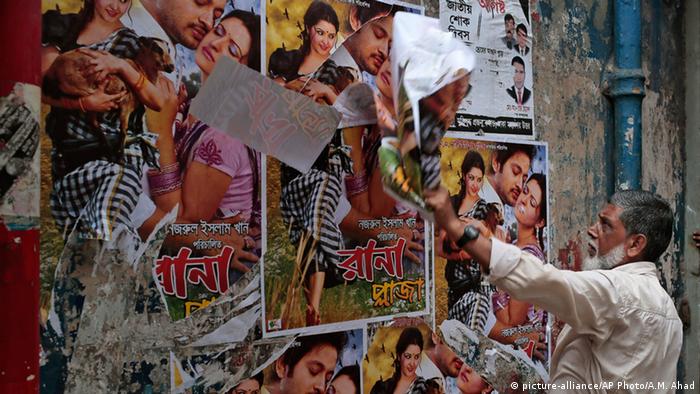 The collapse of a nine-story garment factory complex located near the capital Dhaka killed more than a thousand people in April 2013, most of them female garment workers. Nazrul Islam Khan, a Bangladeshi filmmaker, decided to capture the essence of the disaster in a feature film titled "Rana Plaza."

The plot centers around Reshma Akter, a 19-year-old garment worker, who was rescued after spending 17 days trapped under the rubble. Reshma has subsequently married her boyfriend and now works for an international hotel chain.

But the release of the film has now been delayed for at least six months. A panel of two judges ruled Monday that the film in its present form would "negatively portray" the country's $25 billion garment industry. Dhaka's High Court asked the South Asian country's Film Censor Board to justify within four weeks why the film had been given a clearance certificate. 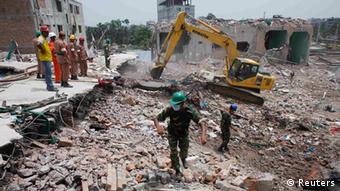 The search for survivors went on for days after the tragedy

The petition was filed by Sirajul Islam Rony, ‎President of the Bangladesh National Garments Workers Employees League (BNGWEL), a trade unionist with at least thirty years' experience in the garment industry.

Rony told DW that as a labor representative "the matter of the freedom of association of the workers should have been mentioned." The other issue, he added, is that workers are portrayed as a kind of "cheap commodity" in the film. The trade unionist argues that the film features "humiliating" elements, such as female workers being abused by floor supervisors within the factory premises.

"Female garment workers will be scared by all this," he stressed, adding that he feels certain words and subjects in the film "will have to be corrected."

But it seems that Rony's main objection to the film is that the role of the trade unions in this key sector wasn't adequately mentioned. He said the film gives the impression "as if there was nobody to look after the laborers," he criticized. 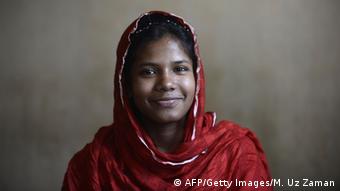 The trade unionist also referred to a scene in which female garment workers were forcibly abducted from a protest march, saying that "such things simply did not happen at trade union meetings," Rony claimed.

The BNGWEL chief also highlighted the expanded role played by the trade unions following the 2013 disaster, stating that "basic trade unions" have been established in more than 400 factories across Bangladesh, some of which have also set up safety and fire safety. 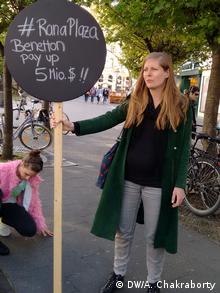 'My sole aim was to create awareness'

However, filmmaker Nazrul Islam Khan told DW that he has experienced a very different kind of reaction to his film: "We got a very positive response from every class and category of people while making the film. We ran into opposition only after the film had been completed."

Khan also explained why he is so unhappy about the steps taken by his detractors: "If they had come to me, I could have explained to them why I have made the film."

The director explained that since no film had ever been made in the aftermath of a major disaster in Bangladesh, he wanted to use the movie as a means of raising awareness not only among garment workers - most of whom have little formal education - but also among factory owners regarding the needs of their employees.

Back in 2013, Khan visited the disaster site on 16 of the 17 days Reshma spent under the rubble of the collapsed factory complex. That was when he got the idea of the film, said the director.

A film depicting Bangladesh's 2013 Rana Plaza disaster has been banned by the high court. Justices ruled the film would "negatively portray" the nation's $25 billion garment industry. (24.08.2015)

An ILO fund for the families of victims from the deadliest garment factory accident in history has finally reached its goal. More than 1,000 workers were killed at Rana Plaza, many making clothes for western retailers. (09.06.2015)