How to quit smoking? A virtual date with Florence might help | Business | Economy and finance news from a German perspective | DW | 28.07.2020

How to quit smoking? A virtual date with Florence might help

Tobacco users struggling to quit may soon be able to share their plight with Florence, the WHO's first virtual health worker. The technology uses AI to come up with personalized advice, minus the human judgment. 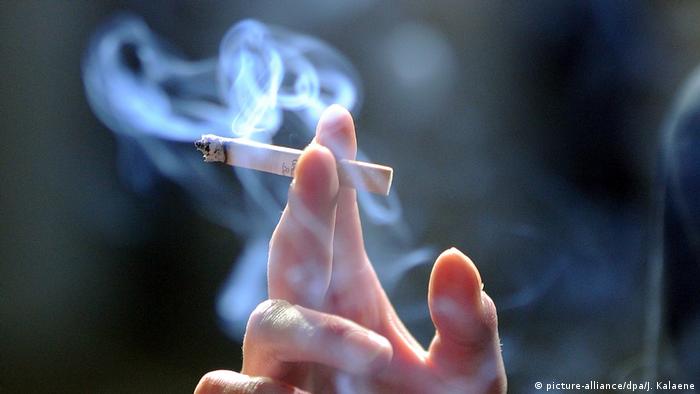 The World Health Organization has launched a virtual health worker to help people quit smoking by individually counseling them.

The digital avatar, Florence, comes at a time when research has shown that smokers are more vulnerable than nonsmokers to developing a severe case of COVID-19.

Tobacco users looking to quit can simply set up a virtual date with Florence, who would dive into her wealth of data and information to come up with a personalized plan to help them achieve their goal. The virtual health worker, which can be reached via video or text, also uses artificial intelligence (AI) to combat misinformation about the coronavirus.

Although about 60% of the 1.3 billion tobacco users worldwide want to quit, only 30% of them have access to tools they need, like counselors, to quit, the UN health agency said.

Tobacco kills more than 8 million people each year, according to the WHO.

Tobacco is known to cause heart disease, cancer, respiratory disease and diabetes which put people with these conditions at higher risk for developing severe illness when affected by COVID-19. Smoking also damages lung function making it harder for the body to fight off coronaviruses and other diseases.

"When it comes to quitting smoking, people become embarrassed about trying over and over again," Greg Cross, co-founder of Soul Machines, was quoted by Bloomberg as saying. "Digital people can be helpful because they remove the fear of human judgment."

The virtual assistant debuted ealier this month in Jordan, where tobacco-use rates are among the highest in the world. The service is now available globally in English but will soon be rolled out in other UN languages, starting with French next month.

A spokeswoman for the WHO told DW that Florence has "had a good response so far with thousands using the service."

I lit my last cigarette eight weeks ago. In this short amount time, not only have great things happened to my body, but also my psyche. What really goes on inside the human body after that last cigarette is butted out?

Measures aimed at curbing tobacco-related deaths now reach more than 60 percent of the world's population, the WHO says. But attempts by the tobacco lobby to sway government policy remain a "deadly barrier."

Male smoking rates stall for the first time, WHO reports

For years, declines in tobacco use were driven mostly by women and girls. The UN health organization welcomed governments' successful efforts to decrease smoking among men and boys.