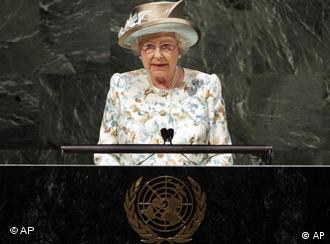 The office of 84-year-old Queen Elizabeth II announced on Sunday that she is launching her own page on Facebook. The page will feature videos, photos and news updates about the long-serving British monarch.

Facebook users will be able send messages to Buckingham Palace, and leave comments on the Queen's pages, but those hoping to ‘poke' the British head of state or add her as a friend will be disappointed, as it will only be a fan page, rather than a personal profile.

The page will also include the Queen's speeches, as well as updates about her immediate heirs to the throne Prince Charles and his two sons Princes William and Harry.

Britain's court circular, the official daily record of the royal family's engagements, will also be featured on the site. The daily circular, which lists the previous days diary appointments, was created by George III in 1803 after he became frustrated at inaccurate newspaper reports.

Royal officials have often emphasized the Queen's embrace of the new media, who reportedly has a BlackBerry and an iPod and sent her first email from a military base as long ago as 1976.

Staff at Buckingham palace will have to swill their egg nog at home, after Queen Elizabeth axed the much-anticipated holiday Christmas party. (14.10.2010)

The new session of the British parliament was opened by the queen, surrounded by the regalia of ancient tradition. However, the message from her new government is one of future budget cuts. (25.05.2010)