Putin warns West over missile shield | Europe| News and current affairs from around the continent | DW | 01.12.2010

Russian Prime Minister Vladimir Putin has warned that Moscow will build up its nuclear forces if it is left out of Western missile defense plans. His remarks echo earlier comments by Prime Minister Dmitry Medvedev. 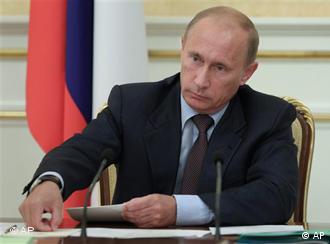 Russian Prime Minister Vladimir Putin has warned that his country will deploy nuclear weapons if it is excluded from a Western missile shield in Europe.

In translated interview excerpts posted on the website of American broadcaster CNN, Putin said if Western missile defense installations were located near its borders, Russia would have to "ensure its own security." He said missile threats to Europe needed to be tackled jointly.

Putin said Russia would "put in place new strike forces" and build up "new missile, new nuclear technologies." He denied, however, that Russia was threatening the West.

Putin's remarks echoed those made on Tuesday by Russian President Dmitry Medvedev in a state of the nation address. Medvedev said failure by Russia and the West to come to an agreement over a new European missile shield could trigger an arms race. 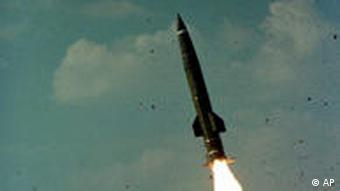 The warnings from the Kremlin come amid uncertainty about whether the US Senate will ratify START, a new strategic nuclear arms reduction treaty signed by US President Barack Obama and Medvedev in April. The treaty is seen as a keystone of better relations between the two countries.

Moscow has resisted the idea of a missile shield for years, feeling it to be a threat. But Russia and NATO agreed in Lisbon this month to look into ways in which they could cooperate on a new continental shield.

The United States has always insisted that the shield is meant to ward off the missile threat from countries such as Iran and North Korea. It denies that the system is or would be in any way directed at Russia.

In his state-of-the-nation address, Russian President Dmitry Medvedev has signaled closer military cooperation with the West, but also warned of an arms race if Russia is not treated as an equal partner to NATO. (30.11.2010)

As well as adopting a new 10-year strategic concept at its Lisbon summit, NATO has invited Russia to cooperate on a missile defense shield. Chancellor Merkel has said this would mark the definitive end of the Cold War. (20.11.2010)

With ratification of the new START treaty only likely to be more difficult when the next congress takes office in 2011, the White House is pushing for a vote in the lame-duck Senate. But success is all but sure. (16.11.2010)