Push technology: why online translation may be Googling interpreters out of a job | Science | In-depth reporting on science and technology | DW | 07.10.2014

Push technology: why online translation may be Googling interpreters out of a job

There's a growing feeling in Brussels that technology could see translators go the way of blacksmiths. Copyright also plays a role. So the EU's army of interpreters had better mind their Ps and Qs. 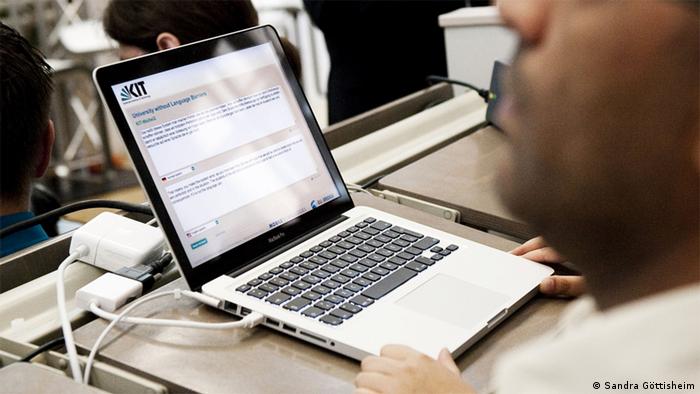 Translated world: even lectures get translated for foreign-language students

If you need something translated these days, just go online, where websites and software can offer you translations that are accessible, instantaneous and free. Just cut-and-paste your text, indicate which language you require and... hey, presto! Your translation is ready.

That's not to say it will be an award-winning piece of language: idiomatic expressions are occasionally mangled and sentences that rely on context are unlikely to emerge as anything a native speaker would want to utter.

But computer software, such as Google Translate, is improving fast.

That's because programs are mining the Internet around the clock for translated texts to add to "translation memories," the databases that lie at the heart of translation programs.

This is great news if you want an occasionally unreliable translation done fast. But it is terrible for professional translators who are facing the prospect of being made obsolete by machines, which never take a lunch break.

In fact, some participants at a recent Translating Europe Forum in Brussels joked that the last human translator would lose their job in 2027 - a made-up date used to drive home the risks facing the profession. 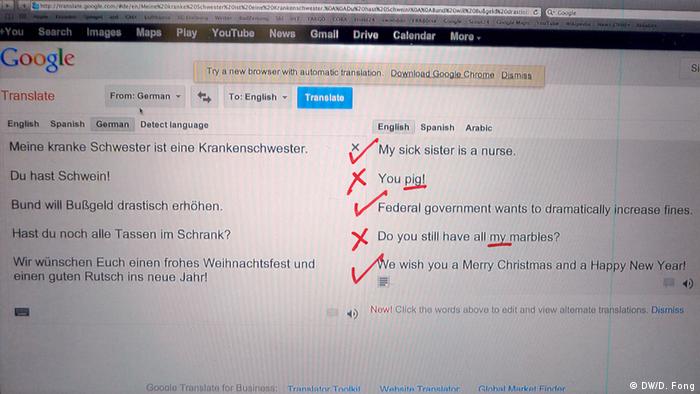 Mikael Johansson, from the European Commission's translation department DG for Translation, says that while no-one knows when human translation will end, the day when translators go the way of the blacksmith is on the horizon.

"Imagine a field of wheat," Johansson says. "Somewhere in the background you hear a noise: it's a farmer with a big harvester who just cuts down the wheat, six-meter rows at a time. In 2027 we will have reached the end of the field."

According to many industry professionals, software-based translation is already making its presence felt.

But so far that has not had a major impact on the number of translators being employed.

"The majority of text translated is either done by machine or with the help of a machine," says Christian Galinski, the director of the Austria-based International Information Centre for Terminology.

This means translators fine-tune a first draft that was essentially drawn from a database.

However, with the market for multilingual versions of texts increasing sharply, Galinski says the work of translating programs has simply helped make the expansion possible, rather than cut jobs.

"[The software] is taking over the exorbitant increase of translation that cannot be financed," Galinski says. 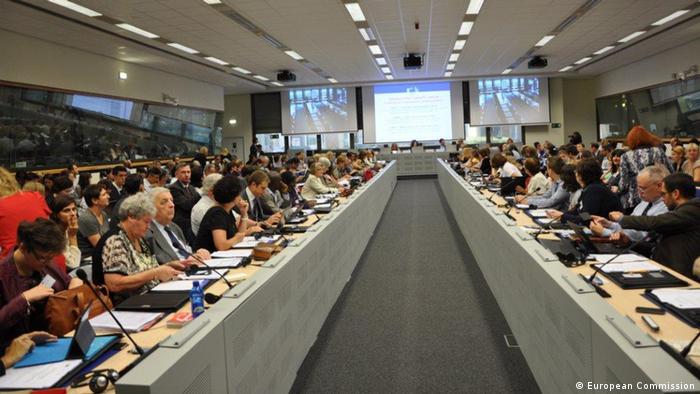 It may seem like a long way to 2027, but that's when all translators may find themselves out-Googled

Yet as computer software improves, human translators may find themselves taking on the role of post-translation editors, with computers programmed to do the heavy lifting.

It does not augur well for the army of translators employed by the multilingual European Union.

According to a report presented at the conference, the copyright of translation is protected by legislation in both the EU and EU member countries.

That's great news for translators, who want to be compensated when their work is used and demand that their intellectual property be safeguarded.

But, oddly, that legal protection also creates some uncertainty in the case of computer-generated translations.

Lawyer Jean-Christophe Troussel, one of the report's authors, says translation databases - which include tools like Google Translate - attract the same legal protections as flesh-and-blood translators.

"The database itself might be protected as 'original' [the threshold for copyright protection]," Troussel told the conference. "And even if that database does not reach that level of 'originality,' the law in Europe is that a company or a person that has invested a lot in terms of selecting the data... then that investment itself triggers a certain right." 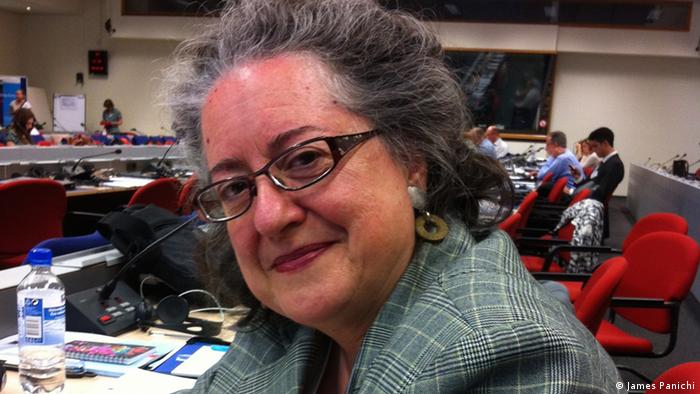 The bigger question, says Rebecca Ray, is where is the server?

This means that both the copyright of texts obtained through translation software and the people who developed the database that made the translation are protected under European laws.

It has big implications for translation providers relying on software to ply their trade - even those operating outside the EU.

The conference was told that all texts available online, no matter where they are published, could fall foul of European legislation.

"Yet a bigger issue, from a US perspective, is where the server is located," Ray says. "As we move to the cloud, it is about where the data is stored and who owns it. All of this is intertwined and the legal system has not kept up."

As for the owners of the translation databases, the European Commission's Mikael Johansson says it is only a matter of time before they start to exercise their rights and demand payment for the translations they provide.

"The day they decide to do it, they will be able to do it," Johansson says. "That is, until someone takes them to court."

Vint Cerf is recognized as one of the "godfathers" of the Internet. He talked to DW about the NSA scandal, the credibility of Google and the new Internet of things. (21.05.2014)