German sports firm Puma is suing world soccer body FIFA after it punished the Cameroon national team for wearing the company's all-in-one uniform. The case may revive the debate on antiquated soccer regulations. 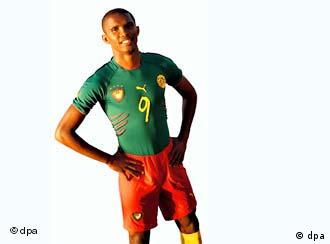 All for one and one for all: Puma stands by its radical uniform

German sportswear manufacturer Puma's legal case against world soccer's governing body FIFA regarding the ban of a controversial one-piece kit worn by Cameroon during this year's African Nations Cup continues to be reviewed by a German court. Whatever the final judgment, companies with a soccer focus will have once again questioned the will of the powers-that-be to advance the game.

Puma filed a lawsuit at a court in the German city of Nuremberg this week claiming €2 million ($2.41 million) in damages. After FIFA banned the German firm's suit then imposed a six-point sanction on Cameroon's 2006 World Cup qualifying campaign because the team continued to wear it at the Nations Cup.

FIFA rescinded the ban, which would have seriously hindered Cameroon's chances of reaching the 2006 finals in Germany, in May after the intervention of the African Football Federation (CAF). 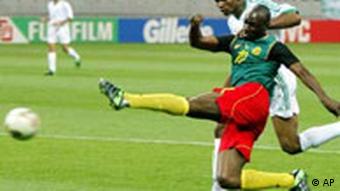 Cameroon players were forced to wear another shirt under their sleeveless ones in Japan.

The Indomitable Lions are no strangers to kit controversy. They turned up for the 2002 African Nations Cup in Mali sporting sleeveless shirts which were subsequently banned by FIFA. They then sported the shirts at the World Cup in Japan/Korea in the same year and were forced to wear t-shirts underneath.

"The misconduct of FIFA and the damage caused by such will be challenged by Puma in a court of law," Puma lawyer Reinhard Stünkel told Reuters. "FIFA has imposed unclear boundaries and regulations that are open for interpretation," added Stünkel, who said official approval of the one-piece kit remained a primary objective for Puma.

Stünkel described the ban as "yet another example of FIFA extending their power beyond the regulations and statutes provided".

The case, if won, may not only rejuvenate Cameroon's World Cup challenge but could also pep up a sport which has failed to adapt radically to the demands of the modern game. A courtroom victory would be one over excessive puinishment but it could lead to a further modernizing of the equipment involved in the game, allowing clubs to provide innovative uniforms that enhance performance.

The Cameroon kit is similar to the all-in-one body suits used by athletes such as sprinters to improve aerodynamics and increase speed.

Balls and boots have changed with the times 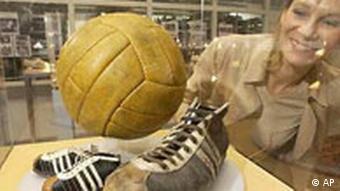 Old balls and boots were heavier and more uncomfortable in the "good" old days.

Improvements have been made to other parts of soccer equipment over the years. The balls recently seen flying through the air at the European Championships in Portugal in June were a world away from the inflated pig skins used in the early origins of the game and the heavy leather examples which followed later. Reduced weight and modern materials increased flight and bounce, making for a more exciting event.

Boots have also advanced. Technological advances have been made in comfort, flexibility and performance, notably in the early 1990's with the development of the first Adidas Predator boot which featured a scientifically designed in-step area to assist curling passes and control.

Since then, soccer boots have incorporated separate impact zones, torsion bars and even their own suspension systems. And just as the Ford Motor Company eventually moved away from the philosophy of "any color you like as long as it is black," soccer boots now come in all manner of shades and designs. 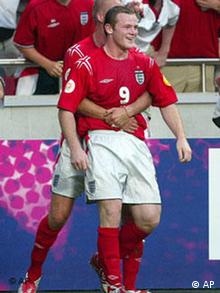 England's temperature controlled away shirt was designed by NASA scientists.

While the soccer kit itself has advanced in recent years to add a higher degree of comfort and style to playing the game, the standard three-piece suit still harks back to the days when shorts were actually "longs" and shirts were a ninety minute sentence. In the 21st Century, soccer uniforms are still basically the same as those in the 19th.

When contacted by DW-WORLD, a FIFA representative refused to comment on the issue due to the on-going legal process but referred to the official regulations regarding kit in the FIFA statute. FIFA lists shirts and shorts as basic equipment in its regulations and believes this implies the items have to be separate.

More than Just the Shirt on your Back

If stars like Franz Beckenbauer had looked into the future during the 1970's and seen the soccer shirts of today, they would have thought they were looking at space age technology -- and they wouldn't have been wrong! (June 20, 2004)

Information about FIFA, the world soccer governing body, and the FIFA 2006 World Cup in Germany.