Aya Chebbi is a young blogger, gender advocate and peace activist from Tunisia and passionate about making a difference. 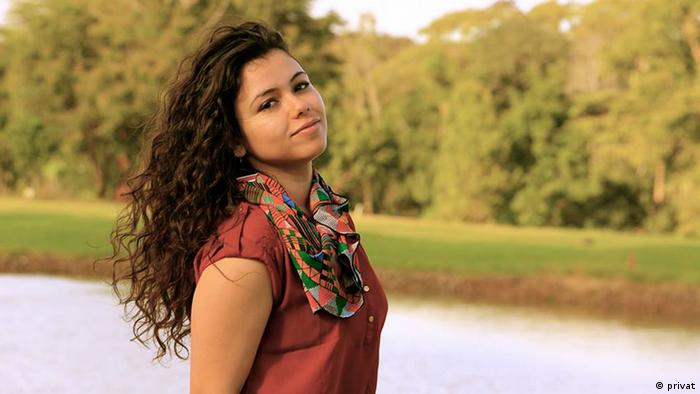 Aya is deeply concerned about the kind of world today’s children and young people will face in the future, and about strengthening the democratic structures in her homeland. Aya is “Proudly Tunisian” – as she calls her blog.

In 2012, she was one of the international observers monitoring the presidential elections in Egypt, and in 2014 the German Foreign Office invited her to the Deutsche Welle Global Media Forum to take part in a workshop hosted by the Global Experience from Münster, Germany. The session focused on how digital media can help young people participate politically and socially – a topic particularly close to Aya’s heart. “I fight tirelessly in my battles using technology, alternative media, storytelling, and blogging with the help of my camera to connect people, change mindsets and behaviors, influence policy and strive for social change,” says Aya.

Africa – and her country – are of great importance to her. She wants to change people’s generally negative perceptions of the continent, says the young activist. That’s why she founded the African Youth Movement Initiative, "to create a movement in Africa where we can connect to debate about our common struggles and challenges, and eventually unite around potential solutions and collective actions." Based on her multifaceted activism, Aya was named one of Africa's Most Outstanding Women Leaders in 2013. Currently she works as a youth coordinator for the World Peace Initiative Foundation.

Through her commitment and work, Aya Chebbi personifies the very nature of this year’s Global Media Forum, bringing its theme of "Media and Foreign Policy in the Digital Age" to life. She makes it clear how global policy – both on a large and small scale – must adapt to new forms of communication and to a changing public if it wants to remain credible. "I want to concretely show how powerful it is to take online discussions to offline impact and activism," says Aya, "not only on a local or national level but also on the regional level."