Prospects are bleak in Afghanistan, 10 years after first Bonn conference | Asia| An in-depth look at news from across the continent | DW | 02.12.2011

Prospects are bleak in Afghanistan, 10 years after first Bonn conference

Peace, prosperity and democracy were promised at the Bonn conference on Afghanistan 10 years ago. But they failed to materialize, and now the Taliban and their allies are still going strong. 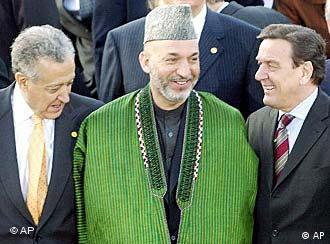 The first Bonn Conference on Afghanistan towards the end of 2001 was considered to be groundbreaking. Bowing to massive pressure from the United Nations, the representatives of different societal groupings decided to set up a democratic state. The Petersberg Agreement was supposed to lead the country into a better future. With the Taliban's regime of terror over, Afghanistan was never going to work again with international terrorist organizations, such as al Qaeda.

In his closing speech on December 5, Gerhard Schröder, who at the time was the German chancellor, said it was a great day for Afghanistan. He said that after all the years of war, terror and humiliation, the people in Afghanistan finally had prospects for peace and economic development.

The most important first steps would be to introduce a democratic constitution, as well as parliamentary and presidential elections. The international community would help the war-torn country with military and financial support. But although the steps were gradually taken as planned, the promised stability and reconstruction failed to materialize. 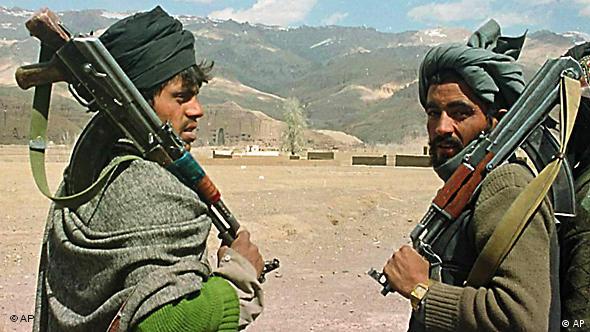 For Afghan journalist Sayfudin Sayhon the reason is clear - the Bonn conference failed to set a clear path. He says that the warlords were given too much leeway out of fear there would be a power vacuum in Afghanistan. The consequences were fatal.

"The representatives of the different military groups divided the Afghan state among themselves with the blessing of the international community," he says, adding that the warlords just served their own interests and had no interest in democracy.

Today, 10 years later, the country is still at war, poverty is rife, corruption is rampant and the drug trade is flourishing. Not even 150,000 foreign troops stationed in Afghanistan can maintain security. The Taliban and their allies are stronger than ever.

Jochen Hippler from the University of Duisburg blames the current situation on the fact that the military intervention was not well thought through. "There was no real plan," he deplores. "It was not clear how democracy should be set up, terrorism fought and a new state established. A list was made but nobody took the effort to draw up a strategy." 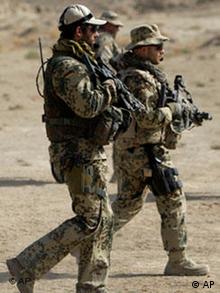 International troops are due to withdraw from Afghanistan in 2014

And although there has been a rudimentary strategy for a year now, he says this is really an "exit" scenario. When international troops withdraw in 2014, the government will be solely responsible for security in Afghanistan. Ten years after the supposed new beginning, peace is a long way off.

Nonetheless, Sayfudin Sayhon points out that there has been some progress, "especially in telecommunications, education and infrastructure. Moreover, the important thing is that the Taliban are no longer in power in Kabul."

He adds that the media have much greater scope and influence thanks to the press freedom guaranteed by the constitution.

However, he and other experts are well aware that the few successes achieved stand on very shaky ground. Sayhon fears that without foreign help, no economic sector in Afghanistan will survive.

Doubts over withdrawal ahead of Afghanistan summit

Germany might be hosts, but Afghanistan holds the chair: a decade after the first Afghanistan conference in Bonn, the international community is meeting to hand over the reins. But has the plan been thought through? (01.12.2011)

While Pakistan seems in no mood to revise its decision not to participate in the international Afghanistan conference in Bonn scheduled for December 5, conciliatory views have been voiced in both the USA and Germany. (30.11.2011)

Islamabad's threatened boycott of the Bonn conference on Afghanistan is a cause for concern. Diplomats have to do all they can to bring Pakistan back to the negotiating table, says DW's Grahame Lucas. (30.11.2011)