Progress comes in small steps one year after Iran nuclear deal | Middle East | News and analysis of events in the Arab world | DW | 14.07.2016

It was a historic diplomatic success: the Iran nuclear deal. Tehran has stopped its nuclear program, sanctions have been lifted, and Iran has come out isolation. Still, disappointment is growing. 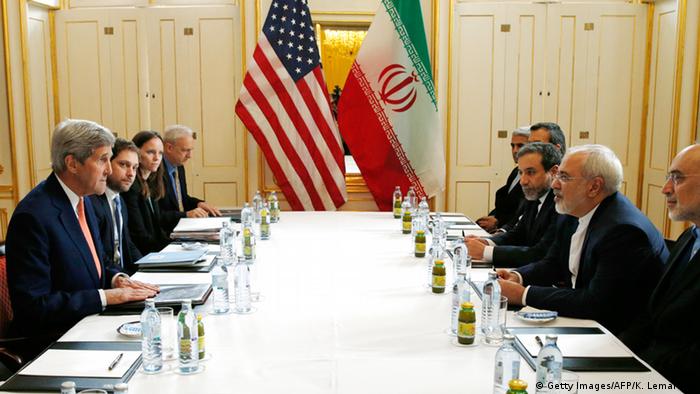 The Palais Coburg is elegantly set back off the street in Vienna's first district. Guests at the 19th-century stately home turned luxury hotel can expect discretion and quiet. However, for three weeks in 2015, television crews, reporters and diplomats dominated the scene. It was the final phase of 12 years worth of negotiations over Iran's nuclear program. The participants: Foreign ministers from the five permanent members of the UN Security Council plus Germany, known as the P5+1 group, on one side of the table, and their Iranian counterparts on the other.

In the end, they reach a historic diplomatic agreement. After negotiating into the morning hours, EU foreign policy chief Frederica Mogherini and Iranian Foreign Minister Mohammad Javad Zarif agreed upon the final draft of the nuclear agreement. One hundred pages long, with five annexes, the agreement outlined exactly how Iran is to dismantle its nuclear program and how the international community will successively lift the comprehensive sanctions that have crippled economic activity in the country. 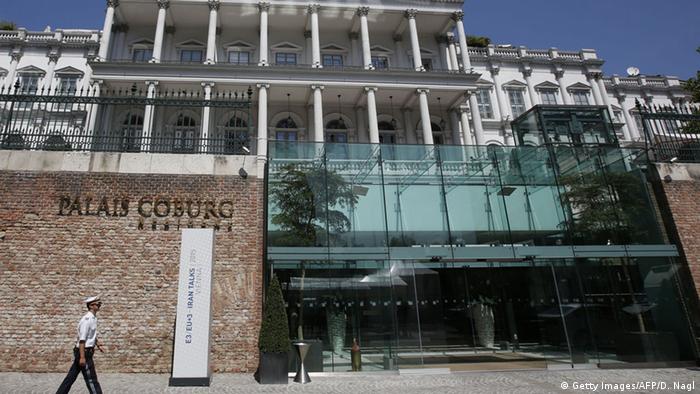 Negotiators met for 20 days in the Palais Coburg hotel

After the agreement was reached, celebrations broke out on the streets of Tehran and went on all night. Now, a year after the signing, disenchantment is spreading in Iran. The economic upturn that was expected has yet to materialize. Iranians describe the situation with the old saying, "Lots of pots and pans but no dinner."

Ali Fathollah-Nejad called the saying an apt assessment of the situation. An Iran expert at the German Council on Foreign Relations (DGAP), Fathollah-Nejad told DW that high expectations for the economic revitalization of Iran were tied to a number of illusions. First, sanctions have not been lifted as quickly as had been originally hoped, and second, the effects of their lifting have been slower. Hopes of an opening up of civil society in Iran have also been scattered said Fathollah-Nejad: The authoritarian state has grown stronger, at least in the short term, and repression has increased.

Many Iranians yet to feel the benefits

Following the nuclear deal, Iran has been under the strict supervision of the International Atomic Energy Agency (IAEA). Last December, the agency certified that Iran had upheld its end of the deal.

At the beginning of the year, the first sanctions were lifted. Yet, the situation is complicated: Sanctions were put in place by three different bodies - the United Nations, the European Union and the United States.

"There are US sanctions that are still in place - for instance those in the financial sector; these influence other economic sectors. And that gives those opposed to the deal the opportunity to throw a wrench in the works," Oliver Meier of the German Institute for International and Security Affairs (SWP) in Berlin told DW. 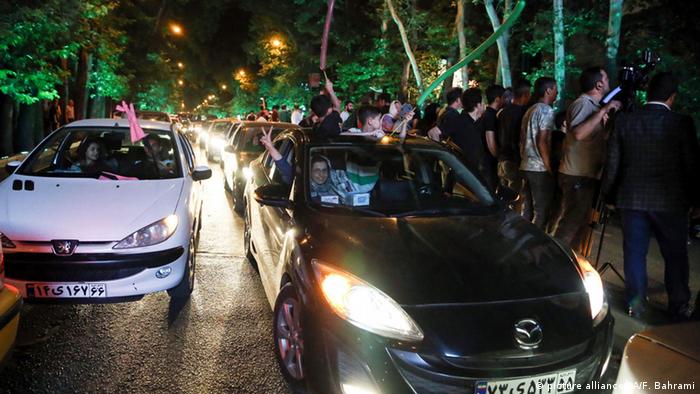 And the deal has no shortage of opponents.

"There are a number of them in the USA, not just presidential candidate Donald Trump," Meier added. "Opponents in Congress continue to say, 'One cannot and should not trust Iran.' In the region itself, Israel is a major opponent, but a number of Gulf States also remain critical of the deal. And on the other side, there are also critics in Iran."

The result has been that sanctions in the financial sector have proven especially difficult to lift, and they are creating a bottleneck that keeps Iran from its long-sought integration into international business markets.

German businesses are also experiencing this phenomenon, though they still see great potential for economic relations. As Iran has paid off some 500 million euros ($556 million) in debts, German deals with Iran could be covered by Hermes loan guarantees covered by the German government. But restrictions on financial transactions still make international business difficult.

Iran's order for 118 new planes from Airbus is also on hold due to the unclear financial situation. Thus far, currency transactions with Iran have been harshly penalized by the United States, and legal uncertainty remains a major risk for companies looking to do business in Iran. Financial institutions are waiting for US banks to make the first move. On Tuesday, a London meeting between the Iranian Central Bank, the US Treasury and a number of international banks was canceled. European calls for legally binding guarantees that financial transactions with Iran would not be punished was struck from the meeting's agenda. 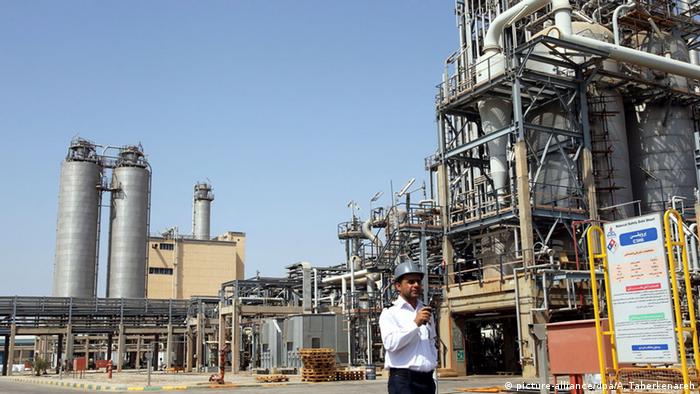 Dividends to the deal

Ali Vaez, an Iran expert at the International Crisis Group, viewed the situation with concern, but also with understanding. He told DW that no one should be surprised that Iran has not been fully integrated into international economic markets overnight.

"Sanctions, by nature, especially those that are as far-reaching and comprehensive as the ones put in place against Iran, have a tendency to take on a life of their own," he said in an email. "Therefore, in the short-term they don't tend to react to their being lifted."

Nevertheless, Vaez said he does see dividends for Iran in the wake of the nuclear deal. Among them, the unfreezing of $55 billion in assets, the influx of $3.5 billion in direct foreign investment, an increase in oil production and oil exports increased to pre-sanction levels. The economy is expected to grow by 5 percent this year, as opposed to 0.5 percent last year.

Although the threat of a nuclear-armed Iran appears to have been averted, the region has in no way become more peaceful. While Iran continues to test missiles - something the deal does not prohibit - Saudi Arabia, Iran's main regional rival, remains the world's largest importer of military equipment and is putting its arsenal to use in Yemen and Syria.

What the region desperately needs, according to DGAP expert Fathollah-Nejad, is a new security architecture that takes into account the needs of all sides. The expert said he envisions a conference on security and cooperation similar to the Organization for Security and Co-operation in Europe. But such as step would be a long way off, and for now the world may have to be satisfied that the nuclear deal is holding - especially in light of how unstably it was constructed and in the face of its many powerful opponents.

Brussels is to grant Iran's flag carrier more access to the European market after it passed a new safety assessment. Most of the airline's jets were banned from the EU's skies in 2010. (16.06.2016)

Opinion: Why democracy in Africa needs a rethink

Sharia law in Africa has many faces

What is next in the China-India border conflict?