Profit boost sets VW on the road toward the future | Business | Economy and finance news from a German perspective | DW | 14.03.2017

Profit boost sets VW on the road toward the future

Volkswagen’s 2016 results were known long before the German carmaker's annual press and investor conference. As such there were no big surprises, but no shortage of questions either, writes DW's Janelle Dumalaon. 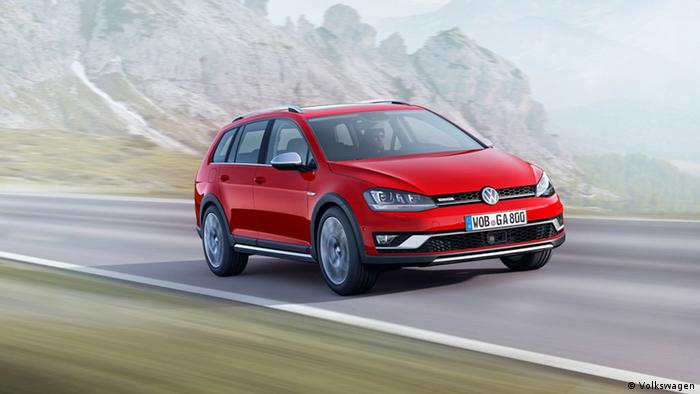 Last year, Volkswagen Group returned to the black, raking in a net profit of 5.1 billion euros ($5.42 billion) following a loss of 1.6 billion euros in 2015.

The return to profit was welcome news for Volkswagen (VW) chief executive (CEO) Matthias Müller, who came to the job in the wake of the German carmaker's diesel emissions scandal in 2015, and was able to spare VW " the nightmare year that many had predicted."

"We achieved much in our operating business and in setting the course for the future. My personal conclusion is that Volkswagen is back on track," he told journalists gathered at the company headquarters in Wolfsburg, Germany.

Not a nightmare, but not a dream either

That well may be. And it definitely could be worse. But it was the Volkswagen Group - that behemoth of 12 car and truck brands - that did well, buoyed by the success of sports car maker Porsche, as well as low-cost subsidiaries Škoda and Seat, to name a few. But the core VW brand, is still suffering - as a result of the emissions scandal, and flagging business in Russia and Brazil.

"The scandal has mainly hit the core brand…, and the other brands only to a lesser degree, although they were also affected, since they have the same engines," said Andreas Bremer, managing director of Germany-based automotive market research firm IFA. "But the blame is clearly headed towards the Volkswagen brand's direction." 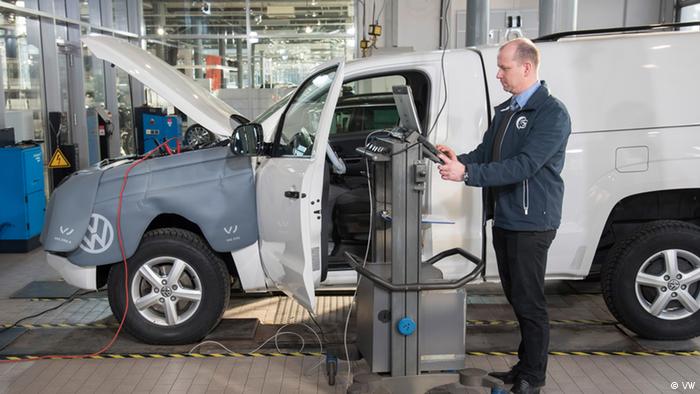 According to CEO Matthias Müller, Volkswagen so far has managed to modify more than 1.5 million cars in Germany, and 4 million worldwide, going at a rate of 200,000 per week. And it plans to finish fixing all the vehicles by autumn this year.

But other than to say Volkswagen was well-equipped to handle the financial fallout of the emissions scandal, the company did not make clear just how.

Volkswagen's running tally is just at 22.6 billion euros - in the US alone, the costs could balloon past $20 billion (around 19 billion euros).

The core brand of German carmaker Volkswagen, VW, has logged another drop in annual earnings for 2016. The company said the decline came irrespective of the impact of the manufacturer's pollution scandal. (14.03.2017)

Hundreds of temporary workers at Volkswagen's car plant in Changchun, China, are threatening legal action over poor wages. Their case is just one example of the growing unrest among the Chinese workforce. (06.03.2017)

And there's also the matter of Germany. Prosecutors in Braunschweig are looking into possible criminal misconduct on the part of Volkswagen. Investors are demanding 8.2 billion euros, saying that Volkswagen spent too much time before disclosing that legal action in the US could potentially hit its bottomline.

In any case, Müller conceded that the road to the recovery out of Dieselgate was going to be long, and bumpy, as cars still aren't fixed, the legal processes drag on, and public trust still isn't at an all time high.

But that's the road it has to follow, though rocky it might be - alongside another path it set for itself. At the press conference, Volkswagen once again reiterated its goal of becoming world leader in e-mobility, while pushing forward with self-driving technology.

Within those goals are big leaps to take - like bringing 30 new electric car models across the group to market by 2025, with its i.D. model to be launched in 2020. Or leading the charge in battery technology.

It will also supposedly bring its first self-driving-car systems to market by the 2021. There are some who say that could even happen, despite the challenges particular to Volkswagen. At the Geneva Motor Show this year, VW presented its fully autonomous concept car, called "Sedric," which has no pedals or steering wheel. The vehicle can be summoned with the push of a button and shuttle individuals to their destination.

A kick in the backside

Tim Urquhart, a principal analyst at IHS Automotive, told DW that Dieselgate was likely to have been the "kick in the backside" VW needed to change their philosophy. "It's hard to predict what the car industry would look like in thirty years, to VW's credit, it's at least thinking outside the box, it's trying to imagine how the future would look like."

But others say the ecosystem surrounding electrification might prove harder for Volkswagen to get around.

"The step towards electrification is the right one. But it's still associated with so many problems that don't have that much to do with Volkswagen," said IFA's Bremer. "We need a leap forward, in terms of the technology, in terms of charging times, in terms of the infrastructure."

And there's the matter of jobs. As both Bremer and Urquhart pointed out, switching to an electric car-dominated product line will inevitably lead to a smaller workforce. 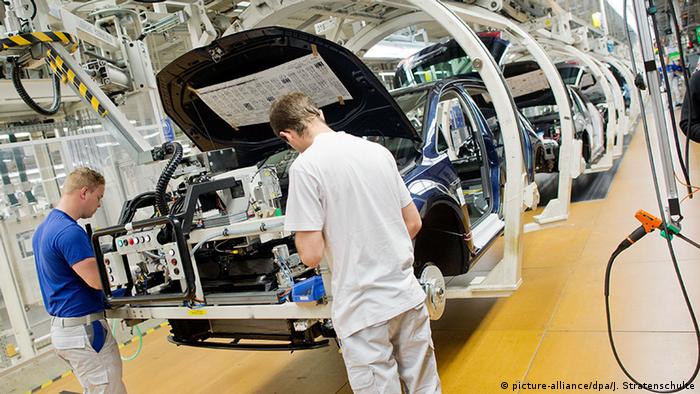 Last November, Volkswagen and its unions agreed to cut 30,000 jobs at the core VW brand in exchange for a commitment to avoid forced redundancies in Germany until 2025. But will the deal last as VW produces more e-cars?

You win some, you lose many

"We have to be able to see that in the long-term, an electrification-based strategy means the job losses," said Bremer. "An e-car is much less complex than cars with traditional motors, there are fewer parts, and fewer people will be needed to build such cars."

While Urquhart pointed out that this is an issue the whole industry would have to contend with, he highlighted how Volkswagen might face particular difficulties in Germany. Volkswagen brand boss Herbert Diess and the labor unions are already seeing some fraying in their relations over the looming job cuts.

"The road will remain bumpy," Diess said, just to add: "My backing from stakeholders has been getting stronger."

Uruqhart said that while concessions are definitely going to be made to the works council, the landscape is still going to be difficult.

"Germany is going to be an interesting place because you have this structure where the jobs are guaranteed, it's hard to close plants or move jobs," he said. "That could change in the next 15 to 20 years, and that affects the entire industry."

But first, we have the middle term - and the widening split between resolving the problems of Volkswagen's emission-clouded past, and an electricity powered-leap into the future.