Professor′s solution to refugee crisis: ′Shoot all that black scum′ | Europe | News and current affairs from around the continent | DW | 15.05.2015

Professor's solution to refugee crisis: 'Shoot all that black scum'

A Portuguese professor has spread racist slurs on the Internet, and been getting away with it for years. Are they tasteless examples of economic theories, or a criminal offense? Jochen Faget reports from Lisbon. 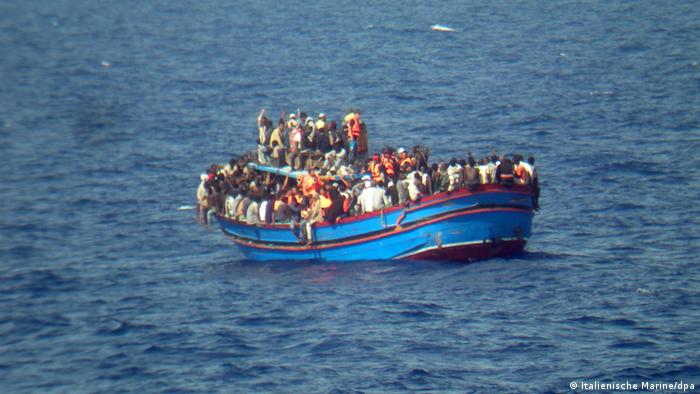 Events took the worst turn conceivable: In order to justify tough austerity policies, a conservative MP representing the Portuguese governing party PSD quoted from the blog of Pedro Cosme Vieira, an economics professor, but he drew only derision and contempt rather than praise and approval. An opposition politician double-checked and discovered that the scholar from the north Portuguese city of Porto has used his blog to spread vile, racist propaganda.

For example, all the migrant boats in the Mediterranean could be sunk by battleships; potential survivors could then be shot one after another. Initially, this would lead to the deaths of up to 5,000 people, but in the end no one would dare to risk making the trip to Europe. For years, the professor has been getting away with swaggering about "black scum;" pensioners, who could be shot in order to solve the social security funds problem; or about AIDS victims, who could be "put down" without, in his view, causing too much of a stir among the population.

Several years of blogging, no reaction 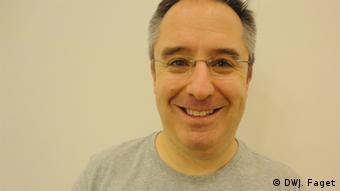 João Teixeira Lopes: 'There was no reaction at all'

"The most amazing thing of all is that it took such a long time until those statements led to any consequences," sociologist Joao Teixeira Lopes, who also teaches at Porto University, told DW. His dubious colleague had been blogging for more than five years without becoming caught in the crossfire of public opinion. His views had been called - at worst - bizarre or eccentric, but never disgraceful or unacceptable. "To some extent, his readers condoned or adopted his statements. There was no reaction at all. I think that's alarming."

That was definitely the wrong signal, according to Teixeira Lopes. "The university should have opened disciplinary procedures immediately, and it should have raised its voice very clearly against racist practices and statements."

Racism as a legacy?

Portuguese society, however, still struggles when it comes to fighting racism, the sociologist continued. The country, which was proud of being the last European colonial power during the 1970s, has never really reviewed its history, he said. Even major massacres carried out by the Portuguese in Africa had never been reviewed, let alone punished. In part because of their colonial history spanning almost 500 years, the Portuguese viewed themselves as tolerant, paternal friends of the Africans - and a certain latent racism existed as a result. 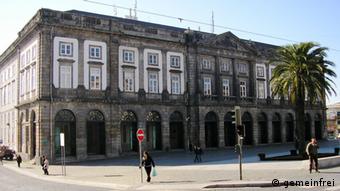 Porto University said the professor did not express its views

"Of course it's wrong to argue that all Portuguese are racists," said Teixeira Lopes. "By the same token, it would be wrong to suggest that there are no racists at all. I'd say we have racists in Portugal - due to historic reasons."

Those "historic reasons" may have played their part when the right-wing politician who quoted from Cosme Vieira's blog did not take offense at the economist's racist statements. The politician's willingness to cite Cosme Vieira's work is exactly what makes the issue so controversial, according to Teixeira Lopes. By condoning the racist comments as eccentricities of an out-of-touch yet competent professor, the politician revealed a major social and cultural problem.

What about Pedro Cosme Vieira himself? In an e-mail, he expressed amazement about his sudden surge to fame, while declining requests for an interview, he did say he was using drastic examples because his readers were not highly educated. In his blog he also wrote: Yes, he was a racist and called racism the flip side of intelligence.

The racist comments on his blog, however, have been read by a public prosecutor. In contrast to the University of Porto, the prosecutor's office has taken action and started an investigation into his statement for allegedly inciting hatred.